Baltimore expects the situation to be resolved after the right-hander rests his arm for a "couple days".

The Baltimore Orioles already have two starting pitchers -- Tsuyoshi Wada and Chris TIllman -- opening the season on the disabled list, so the last thing they need now is for one of their young guns to go down with an injury. It looks like there may be one in the making, however.

Top prospect Dylan Bundy, who is starting the year at Double-A Bowie, is experiencing 'mild' elbow tightness in his right arm and has been shut down for a couple days, reports Steve Melewski of MASN. GM Dan Duquette believes that resting Bundy's arm will "resolve" the situation in a couple days, but we'll have to wait those few days to find out for sure. 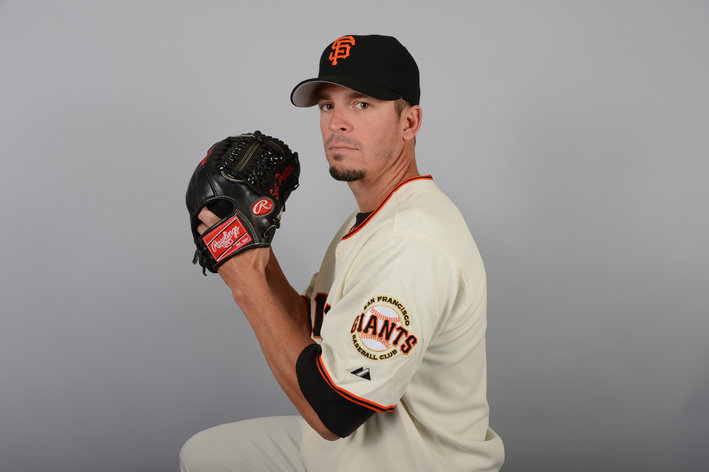 Baltimore has acquired the righty reliever from the Giants in exchange for cash considerations.

Bundy, 20, is ranked the No. 2 prospect in the game by Baseball America and -- barring injury -- is on track to join the Orioles' rotation at some point this season. The young right-hander made his MLB debut with Baltimore last fall, making two scoreless appearances in the final week of the regular season, so the O's will likely wait until at least mid-May to call him up and get his service-time clock going again.

The No. 4 overall pick in the 2011 Draft, Bundy rocketed through three levels of minor-league ball last year in his first professional season. The right-hander posted a 2.08 ERA, 10.3 K/9, and 2.4 BB/9 in 103⅔ innings overall, finishing the year with three starts at Double-A.