The Nationals remain in touch with Chris Young, but they aren't close to reaching an extension agreement with Ian Desmond.

The Washington Nationals have "remained in touch" with free agent right-hander Chris Young, but they are "not even close" to reaching an agreement on a contract extension with shortstop Ian Desmond.

Young recently opted out of his minor league contract with the Nationals after he didn't earn a spot on the team's Opening Day roster. Still, general manager Mike Rizzo told reporters -- including Mark Zuckerman of CSN Washington -- that the team has remained in contact with Young. Rizzo added that a decision on whether or not to rejoin the team -- likely on a minor league contract -- is up to Young. 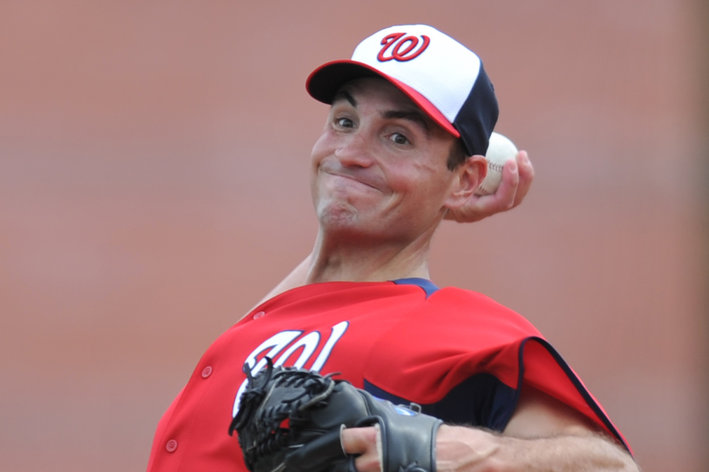 The right-hander has decided to try his hand at the free-agent market.

Several teams have reportedly expressed interest in Young since he parted ways with Washington. The 33-year-old maintained an ERA of 4.15 over 20 starts for the New York Mets last season.