New York has brought back the left-hander on a minor-league deal.

More Yankees: Revenge of the Youk

Rapada, 32, was designated for assignment right before Opening Day to make room on the roster for Lyle Overbay. The southpaw cleared waivers and was released last week, but has come back for a second try with the Bombers. 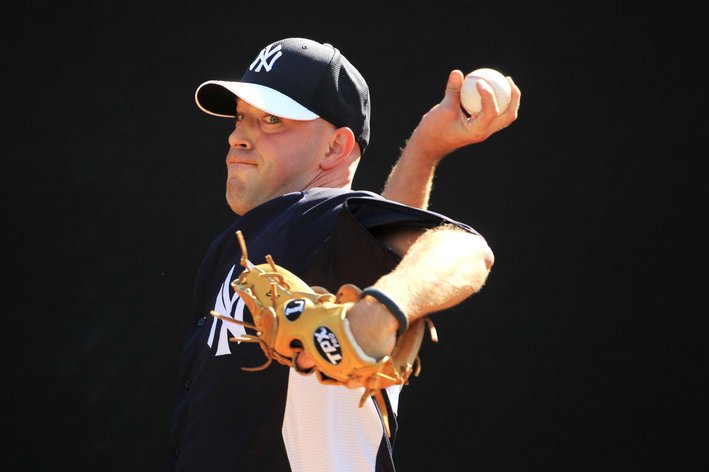 New York has finally parted ways with the injury-prone right-hander.

Rapada told Daniel Barbarisi of the Wall Street Journal that he's happy to get another shot with the Yankees:

"I never wanted to leave... pleased it all worked out to return."

The left-hander appeared in 70 games for the Yankees last season as a lefty specialist, posting a solid 2.82 ERA and 8.9 K/9 rate in 38⅓ innings. Rapada was good candidate to make the bullpen out of camp again this year, but a bout of shoulder bursitis and the need for the club to bolster its bench led to him being dropped from the roster.

Fellow southpaw Boone Logan has struggled out of the 'pen early on this year, so Rapada may find himself back in New York sooner rather than later once he works through his shoulder issues. Rapada will report to the Yankees' High-A club in Tampa to start his shoulder rehab, then will set up shop at Triple-A Scranton/Wilkes-Barre.