Washington ownership plans to exercise the first of their two options for the general manager in the coming days, but are also looking at making a longer-term commitment.

The Washington Nationals plan to exercise their 2014 club option on general manager Mike Rizzo in the coming days, but are also in the midst of discussing a long-term contract extension, reports Amanda Comak of the Washington Times.

More Nats: Werth is on his own Path

"We’re talking about the future now," Nationals principal owner Mark Lerner told The Washington Times. "We’re in discussions with Mike and I think both sides are confident that we’re going to come to an extension."

Rizzo declined to comment on the situation, but Comak's source said that ownership is "focused" on locking the GM down with a long-term commitment.

The 52-year-old Rizzo agreed to a five-year extension following the 2010 season, the last two years of which are club options. Thus, when ownership officially exercises Rizzo's 2014 option, they will have one more season beyond that before needing to negotiate a new deal with the GM, if they cannot come to new terms now.

Rizzo has been at the helm as GM (and executive vice president) in D.C. since 2009, and has been with the organization for eight seasons altogether. 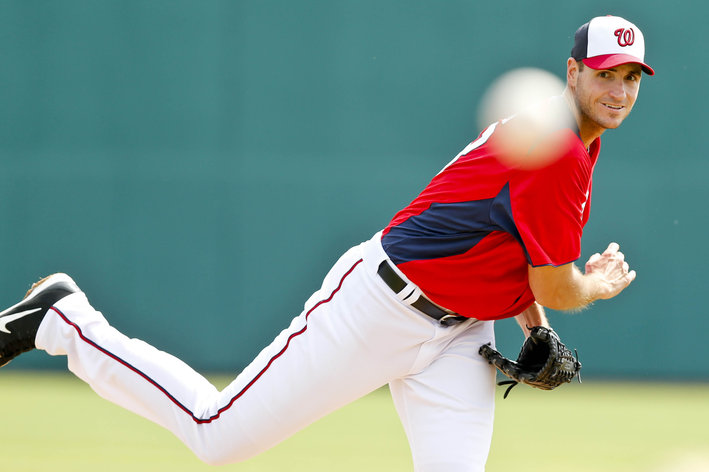 Washington has brought the right-hander back on another minor-league deal.

Under Rizzo's watch, the Nats have completely transformed from the laughing stock of the National League to World Series favorites. Washington had the best regular-season record in baseball in 2012, and has had one of the strongest farm systems in the league for several years running now.