The Baltimore Orioles have signed shortstop Cale Iorg to a minor league contract.

The Baltimore Orioles have signed shortstop Cale Iorg to a minor league contract, according to Chris Cotillo of CLNS Radio.

Cotillo notes that Iorg will report to Double-A Bowie. He was released by the Detroit Tigers at the end of spring training. 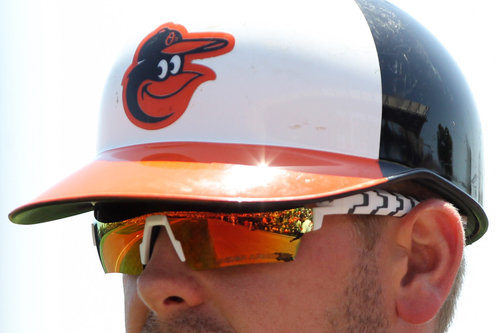 The Birds have offered their All-Star backstop a contract extension.

Iorg spent most of last season with the Tigers' Triple-A affiliate, hitting .157/.193/.246 with seven doubles and one home run over 141 plate appearances. Over six years in the minors, the 27-year-old owns a career batting line of .217/.269/.338 while manning shortstop and second and third base as well as all three outfield positions.

Iorg played for Team Canada in the 2013 World Baseball Classic. He went 1-for-11 before returning to Tigers' camp following Canada's elimination. Toward the end of the exhibition season, Iorg was told that he was traded to the Orioles. However, according to Cotillo, that deal fell through for unknown reasons.

Instead, Iorg had to sit on the free agent market for a few weeks before the O's contacted his representation to say they still had interest in the shortstop.