Gordon Beckham will be out for 6 weeks with a fractured hamate bone.

Update 8:30 am ET, 4/17: Beckham went under the knife on Tuesday to have the hamate bone in his left hand removed and the procedure went "splendidly," reports Dan Hayes of CSN Chicago. The second baseman's recovery time is still expected to be around six weeks.

Original: Chicago White Sox second baseman Gordon Beckham will be out of action for at least Wednesday's contest against the Washington Nationals -- and potentially longer -- after suffering nerve irritation in his left wrist last night, according to Scott Merkin of MLB.com.

Beckham sustained the injury in the second inning of last night's game during an at-bat against Nationals left-hander Gio Gonzalez. He was removed from the game between innings, as the White Sox replaced him at second with Angel Sanchez. 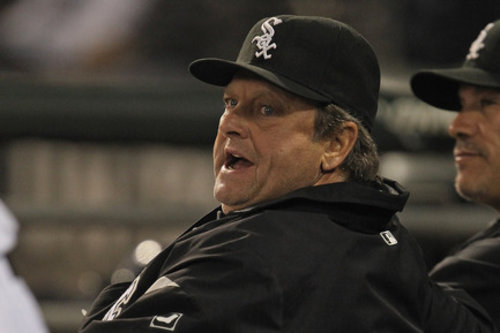 Following the game, Beckham told reporters that he "felt" the injury during a 2-1 pitch from Gonzalez. He experienced pain in his wrist on that cut and went on to strikeout on the next pitch. X-rays showed no structural damage, but Beckham is still slated to undergo an MRI on the wrist.

For today's game, manager Robin Ventura indicated that he would use Conor Gillaspie at third base while shifting Jeff Keppinger to second to fill in for Beckham. He said that he considered Beckham day-to-day for the time being, and the second baseman himself expects it to be something that lingers for at least "a couple of days."

Over his first seven games of the season, Beckham collected six hits -- all singles -- in 21 plate appearances. The 26-year-old owns a career batting line of .246/.312/.381 over parts of five seasons in the majors.