The Express has made the tough decision to keep earning millions of dollars a year.

After a month or so of back and forth about whether or not Nolan Ryan would leave the Texas Rangers because of a diminished role in day-to-day activities with the organization, the CEO has decided to remain with the club, the team announced.

More Rangers: Who is Nick Tepesch?

Ryan issued the following statement about his future with the club:

"After productive discussions the last several weeks with [principal owners] Ray Davis and Bob Simpson about the structure of our organization, together we are moving forward.

"In my role as CEO, I am focused on working closely with ownership and with Jon Daniels and Rick George to build on the success of the past five years and to bring a championship to Arlington."

Ryan's future with the organization came into question last month when ownership promoted GM Jon Daniels to president of baseball operations and Rick George to president of business operations. Both were jobs that Ryan had held in tandem for years with his role as the team's CEO, and it quickly became apparent that the 66-year-old was unhappy with the change. 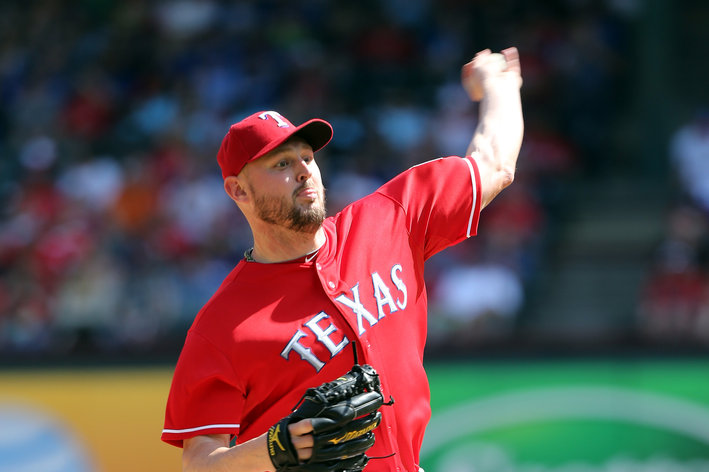 The southpaw has been placed on the 15-day DL with a sore back following two subpar starts.

Ryan's main concern was that he would lose all decision-making power in the organization, essentially making him a figurehead. The Hall of Famer met with ownership on Sunday and was apparently reassured that all decisions have to be run by him before being implemented.

I'm at a loss to explain how anyone who still holds the title of chief executive officer can claim to have a diminished role in an organization, but perhaps that's why I'm poor.

Ryan has been a big part of the Rangers' front office since 2008, and has played a big part in the organization's transformation into an annual playoff contender.