The Los Angeles Angels have signed pitcher Kip Wells to a minor-league contract, according to Jon Heyman of CBS Sports.

Wells is a twelve-year veteran with a career 4.71 ERA in 296 games as a starter and reliever. He spent the 2012 season with the San Diego Padres organization, starting seven games with the Padres and eight more at . At the Major League level, he went 2-4 with a 4.58 ERA over 37 &frac13; innings. Prior to 2012, Wells had been out of organized baseball since 2010, when played with the Long Island Ducks of the Independent League. 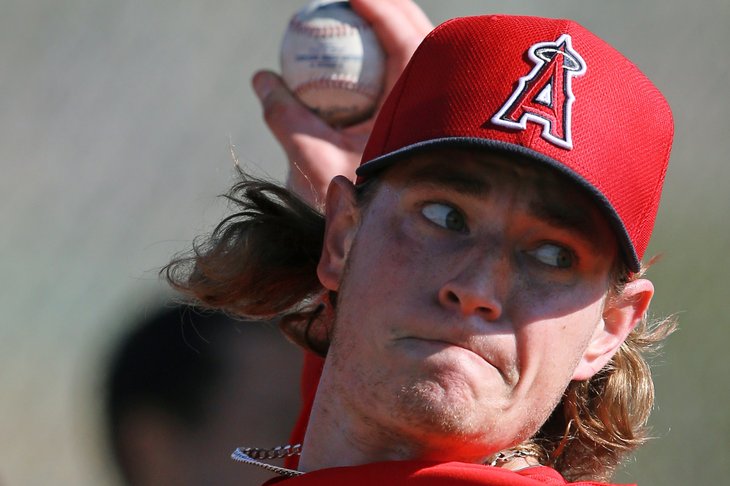 The Angels are prepared to move forward with an in-house option to replace injured RHP Jered Weaver.

Wells began his career in 1999 as member of the White Sox. He has pitched for the Pirates, Rangers, Cardinals, , Nationals, and Reds as well in his long career as a journey man. His top season came in 2003 as a member of the Pirates. Wells went 10-9 with a 3.28 ERA that year, throwing 197 &frac13; innings. He has led the National League in losses twice in his career, losing 18 games with the Pirates in 2005 and 17 games with the Cardinals in 2007.

The Angels have gotten off to a terrible start to the 2013 season, with a record of 2-8 thus far. Starting pitching has been a major issue for them over these first ten games, with Angels’ starters posting a 6.02 ERA, the third worst mark in the game. Making matters worse, the team also lost their top starter, Jered Weaver, to a broken elbow. Garrett Richards is replacing Weaver and will start tonight. Wells is unlike to represent an upgrade over Richards, but he does give them some added depth should someone else fall to injury.