Lefty Chris Capuano will get the call as the Dodgers look to replace the injured Zack Greinke.

The Los Angeles Dodgers will use lefty Chris Capuano in place of the injured Zack Greinke this Tuesday, leaving fellow starter Ted Lilly in limbo, according to Ken Gurnick of MLB.com

Greinke suffered a broken left collarbone during a brawl with San Diego Padres outfielder Carlos Quentin, leaving the Dodgers with a difficult decision on how best to replace the former Cy Young Award winner. Capuano began the season as the odd-man-out in the Dodgers rotation, getting bumped to the bullpen to provide long relief and extra depth. Lilly began the season on the DL after undergoing shoulder surgery last season. Lilly has made two rehab starts and believes he is ready to rejoin the team. The Dodgers want Lilly to make two more rehab starts before they activate him. At this point, it appears that Lilly is refusing the assignments, which could force the Dodgers to trade or release the 37-year-old lefty.

Capuano made 33 starts for the Dodgers last season, throwing 198 &frac13; innings with a solid 3.72 ERA. He has seen two games out of the bullpen so far this season, including entering in relief when Greinke was taken out of his last start. He will start in Greinke’s place on Tuesday as the Dodgers take on the Padres at home. It will be the first game against the two teams since the brawl that cost the Dodgers their top right-handed starter. 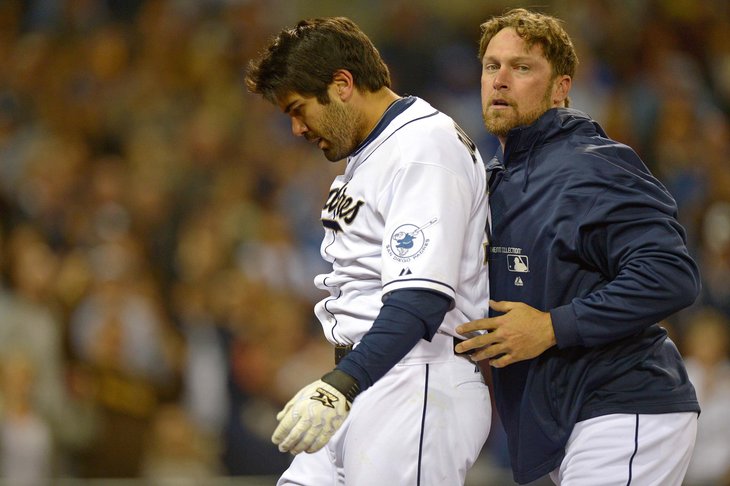 Lilly began the 2012 season as a member of the Dodgers rotation, making eight starts with a 3.14 ERA prior to the shoulder injury that ended his season. The Dodgers have expressed interest in trading Lilly, but without more innings to show that he is healthy, there appear to be few teams willing to deal for the veteran southpaw. Lilly went six innings in his last rehab start, allowing six runs on eight hits and one walk while striking out five.