Red Sox RHP John Lackey has been cleared to resume a throwing program.

Farrell told reporters that Lackey's symptoms have subsided, noting that "any kind of range of motioin that he's going through or just a couple days where he felt a little bit of tightness in that bicep" is gone. 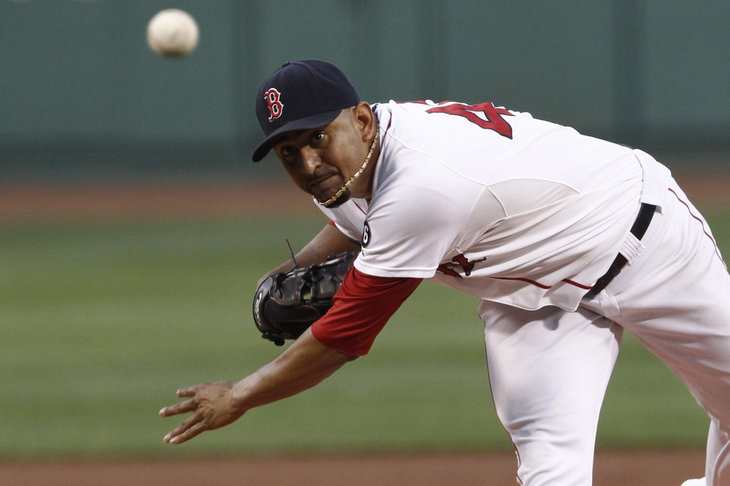 Lackey suffered his arm injury during his first start of the 2012 season. He lasted only 4 1/3 innings before he exited the contest. Prior to being removed from his regular season debut, Lackey had surrendered two runs on five hits with one walk and eight strikeouts against the Toronto Blue Jays.

It wasn't initially known if the ailment would require a trip to the disabled list, but Boston ultimately decided to place the veteran on the DL last week. It's still not clear as to when he'll return, but resuming a throwing program is never a bad thing.