Curtis Granderson injury: Yankees have no set timetable for return

Until the outfielder is able to get in the batting cage, the Yankees won't know when he can suit up.

Share All sharing options for: Curtis Granderson injury: Yankees have no set timetable for return

New York Yankees outfielder Curtis Granderson has yet to pick up a bat in his rehab from a right forearm fracture, and the team will not have any firm idea about when he'll suit back up in the Bronx until he does, reports Dan Martin of the NY Post.

Granderson was cleared to start throwing and shagging fly balls last week, and could have also been given the go-ahead to start taking hacks, but doctors felt that he should jump those hurdle first before attempting to get in the batter's box again. 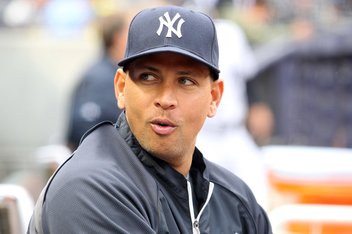 Not from his past or the law, but on a treadmill.

There's still a chance that Granderson will be activated by May 1, when Derek Jeter and Mark Teixeira are expected to return to the lineup, but manager Joe Girardi believes that may be pushing it considering that day's just two weeks away and Grandy hasn't picked up the lumber yet.

Granderson suffered the fracture in his first at-bat of Spring Training, so the timing of the injury brings the added complication of his not having the pre-season prep that all the other players received. In light of this, Granderson expects to need 50-70 at-bats before he'll be ready to take on big-league pitching again, which means he's looking at several extended Spring Training games in the near future.