The Captain will not be returning to the Bronx by May 1, as he is still a ways away from seeing any game action.

It seems as though the big reunion of that Yankees fans were hoping for on May 1 will not be happening. Shortstop Derek Jeter is still not close to returning to game action of any kind, so his returning to the Bronx in two weeks has become incredibly unlikely, reports Bryan Hoch of MLB.com.

More Yankees: Around the Empire

Manager Joe Girardi was about as noncommittal as possible (and was channelling his inner Yogi Berra) when asked to give a new timeframe for the Captain's return, stating that "he'll be back when he's back."

Grandy's return in the air 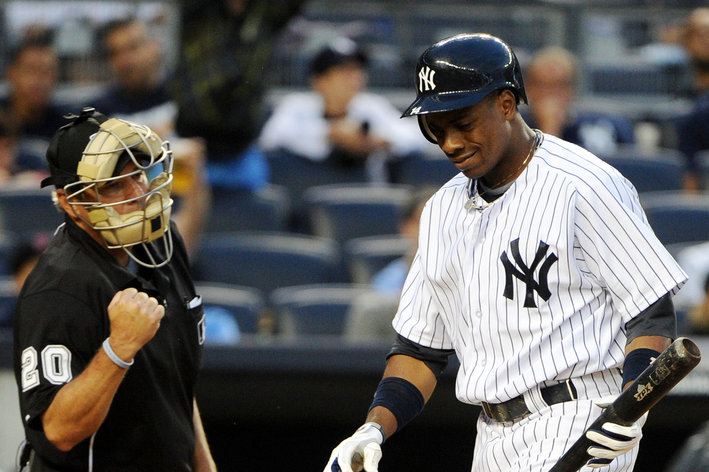 The Yankees won't have a firm timeline for the outfielder's return until he's able to swing a bat.

Jeter is taking batting practice and fielding ground balls on a daily basis at the Yankees' Spring Training complex down in Tampa, but his surgically-repaired ankle just isn't healing as it's supposed to be. When Jeter went under the knife in October, doctors were hopeful that he'd be ready by Opening Day. Now that it's looking more and more like he won't return until the early summer, the team probably wishes they added a bit more depth up the middle.

The May 1 return date was not just a benchmark for Jeter, but was also set as an optimistic activation date for Curtis Granderson and Mark Teixeira as well. Granderson is in the same boat as Jeter in terms of getting into game action, so will not be suiting up by the first of the month, leaving Tex as the only player left with a chance to meet that goal.