Toronto was very close to acquiring the veteran right-hander from the White Sox, but his two-year extension with the club put an end to the talks.

The Toronto Blue Jays very nearly traded for White Sox right-hander Jake Peavy in October, and their negotiations with Chicago set the stage for the club's mega-deal with the Marlins for following month, reports Shi Davidi of SportsNet.

Toronto GM Alex Anthopolous was "real, real close" to acquiring Peavy, who was set to have his $22 million club option declined in favor of a $4 million buyout. When the right-hander instead agreed to a two-year, $29 million extension with the ChiSox on Oct. 30 -- in Rick Hahn's fourth day on the job as GM -- the deal (understandably) fell apart. 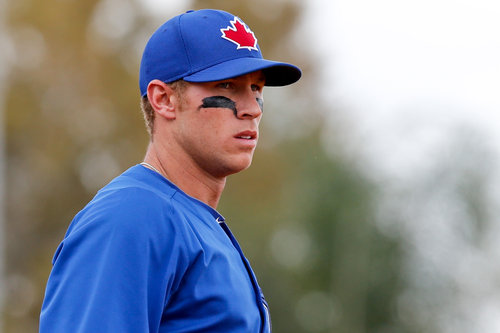 However, in working with Blue Jays ownership on freeing up the extra money necessary to obtain Peavy -- i.e. the $18 million needed to split the difference between his option and the buyout -- Anthopolous received the funds he would use to acquire Jose Reyes, Josh Johnson, Mark Buehrle, and R.A. Dickey later on.

Prior to the Peavy dealings, Toronto was set to have a 2013 payroll of about $105 million. With the added money set aside, the payroll increased to $123 million, giving the club much more leeway to make moves once the Peavy trade fell through. The Blue Jays now have around $160 million in salary commitments through the 2017 season -- much of which was obtained in the Marlins deal -- which may not have been possible without the failed trade.

Who the Jays planned to send in exchange for Peavy is unknown, but it's probable the deal would have derailed the Marlins fire sale and could have also kept the Jays from acquiring Dickey, two of the offseason's most exciting moves.