Cubs rumors: Chicago has no interest in Carlos Zambrano

Despite a recent visit, the Cubs have no interest in free agent Carlos Zambrano.

Share All sharing options for: Cubs rumors: Chicago has no interest in Carlos Zambrano

Free agent right-hander Carlos Zambrano was at Wrigley Field yesterday, which generated significant speculation about a potential reunion with the Chicago Cubs. However, he was reportedly just visiting, as the Cubs have "no interest" in Zambrano, according to Paul Sullivan of The Chicago Tribune.

Zambrano spent the 2012 season with the Miami Marlins. They acquired the right-hander from the Chicago Cubs in prior to the campaign in exchange for Chris Volstad. He went on to appear in 35 games -- including 20 starts -- for the Marlins, maintaining an ERA of 4.49 over 132 1/3 innings with a strikeout-to-walk ratio (SO/BB) of 1.27. 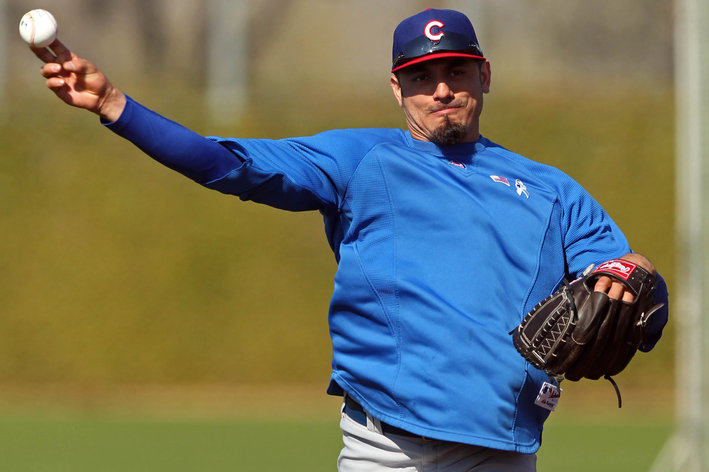 While he's yet to throw a pitch this season, Matt G arza is already on teams' wish lists.

Prior to the trade, Big Z spent his entire professional career with the Cubs. He came up as a top prospect in Chicago's system, and he pitched for the team from 2001-11. He won 64 games over four seasons from 2004-07 while posting a 3.35 ERA.

But things went south for Zambrano in 2011, as he struggled to the tune of a 4.82 ERA. After earning $18 million last season, the 31-year-old is left looking for his next opportunity. It doesn't look like it will involve the Cubs