The Astros optioned the struggling Brett Wallace to Triple-A today.

The Houston Astros made several roster moves today, optioning Brett Wallace to Triple-A, and designated left-handed reliever Xavier Cedeno for assignment to make room on the 40-man roster for infielder Brandon Laird, the team has announced.

Wallace entered the season as the Astros regular first baseman. However, the former top prospect got off to an awful start, collecting only one hit over 26 plate appearances with a whopping 17 strikeouts. 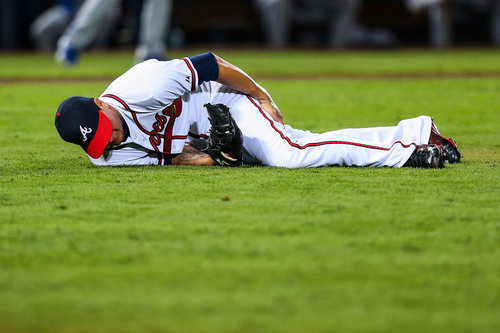 Houston traded the catcher to Cleveland in exchange for a minor league lefty.

While he's been a productive minor league player, Wallace has yet to put it all together in the majors. The Astros will see if some more time on the farm will help.

Laird was mashing in Triple-A prior to his call up. The 25-year-old corner infielder has posted a batting line of .353/.364/.569 with five doubles and two home runs over his first 55 plate appearances.

Cedeno was hit hard over five appearances for Houston this year. He allowed 11 runs -- eight earned -- on 10 hits with seven walks to only three strikeouts over 6 1/3 innings.