The Cubs have outrighted pitcher Hisanori Takahashi to Triple-A.

The Cubs have outrighted pitcher Hisanori Takahashi to Triple-A, reports Gordon Wittenmyer of the Chicago Sun-Times via Twitter.

Takahashi recently cleared waivers after being part of a flurry of moves the team made to try and bolster their bullpen.

Cubs rumors: Chicago has no interest in Carlos Zambrano 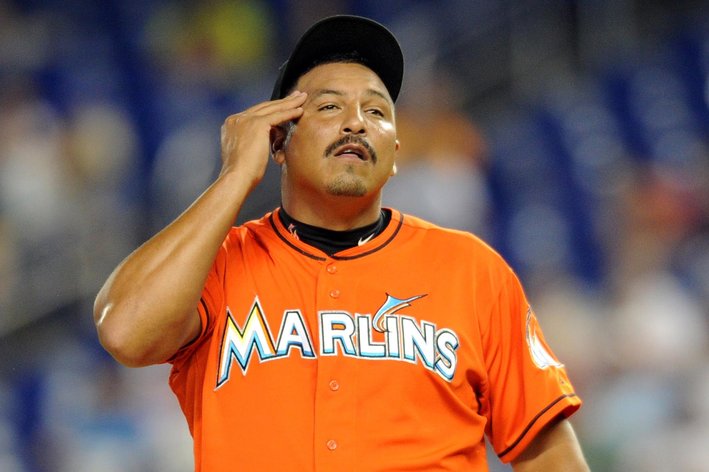 Despite a recent visit, the Cubs have no interest in free agent Carlos Zambrano.

Since coming over to the Major Leagues from Japan, Takahashi has bounced around the Majors. He has pitched for the Mets and Angels, and has filled a plethora of roles. He has been a long-man, a spot-starter, a closer, and a set-up man.

It is surely disappointing for him how things have ended up in Chicago, and one must wonder whether or not he intends to keep pitching in the minor-leagues, or if he has something else in mind. One surely could not blame the veteran left-hander for wanting to pitch at the highest-level, and him being disappointed at not being able to do that.

His lack of a claim on waivers may be indicative of his perceived value, which is surely not a good thing for him.