Bradley, 23, won the Opening Day gig in left field and performed well in his first few games, but has been overmatched in the two weeks since then, going hitless in his last 19 plate appearances. The young outfielder has just three hits in 31 plate appearances overall -- good for a cringe-worthy .097/.263/.129 batting line -- and hasn't started a game since Monday. 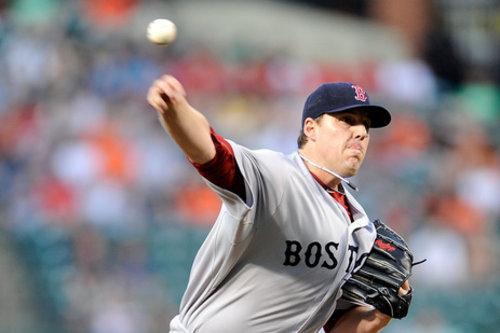 John Lackey and Franklin Morales are set to throw in a rehab game at Double-A Portland on Monday.

The one thing that Bradley has shown a good amount of at the plate is patience, of which he'll have to demonstrate more as he bides his time at Triple-A. Because Bradley began the season on the active roster, the Sox will have to keep him down in Pawtuckett for at least 20 games if they want to gain back that extra year of team control. Had he started the year off the 40-man roster, he could've been called up after just 10 games with the same effect.

Daniel Nava and Jonny Gomes will now share time in left field for the Sox while Bradley works on getting himself back up to the big-league squad.

The Red Sox are expected to activate Ortiz from the disabled list sometime Friday in a corresponding roster move. Big Papi has been sidelined for quite some time with an ailing Achilles tendon, but believes he's now back to full health. Ortiz's timing is rather impeccable, as he would have lost $2 million in salary for 2014 had he not been activated by Friday.

The slugging veteran should be back in the lineup for the Sox for the start of this weekend's homestand.