The veteran catcher has decided to remain with the Halos rather than test the waters of free agency.

Los Angeles Angels catcher Chris Snyder has opted to accept his assignment to Triple-A Salt Lake rather look for a chance with a big-league club elsewhere, reports Alden Gonzalez of MLB.com.

After being released by the Nats, the 32-year-old Snyder was brought on by the Halos in mid-March as backstop insurance in case Hank Conger's throwing woes were not rectified by Opening Day. Conger was eventually able to find his release point, however, so Snyder was assigned to the minors over the weekend. 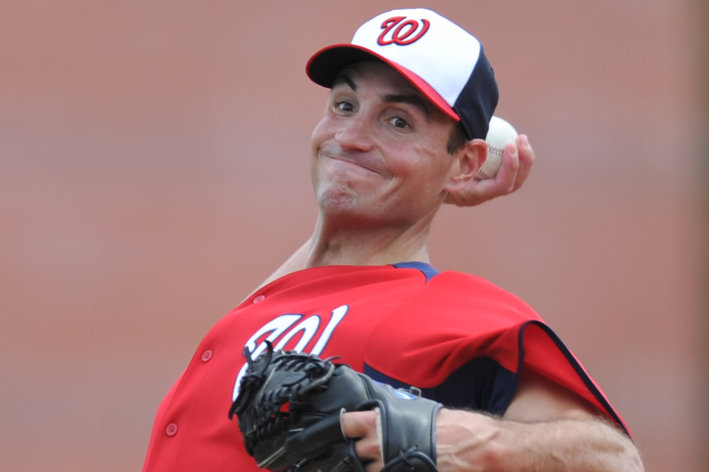 The Angels are showing some interest in the free-agent right-hander, whose extreme fly ball numbers could play well in Anaheim.

Snyder's minor-league deal with the team included an opt-out clause in the event that he did not make the big-league roster out of camp, but the veteran elected not to exercise it. He told Gonzalez that he still plans on looking for a major-league gig, but that his chances of finding one so close to the start of the season are slim to none.

For the time being, he will share catching duties at Triple-A with John Hester and Luke Carlin, and may see time at first base and designated hitter as well even though he's not well known for his contributions on offense.

A nine-year MLB vet, Snyder is a career .225/.329/.385 hitter with 77 home runs in 706 big-league games. His numbers behind the plate are around league average, as he's thrown out 29 percent of would-be stealers in his career.