Big Papi will likely test his heel in game action for the first time on Thursday in Fort Myers.

David Ortiz missed the first Opening Day of his career on Monday, but the injured Red Sox' DH is optimistic that he'll get into game action in Fort Myers by the end of the week, reports Rob Bradford of WEEI.

Big Papi has been slowly stepping up his agility drills and sprints, and should be good to run the bases sometime soon, if Ortiz's feelings on the matter are any indication:

"Feeling good, very good," he said. "I’m at the point right now that it’s more stable than what it used to be. That’s good. Seems like we’re moving forward." 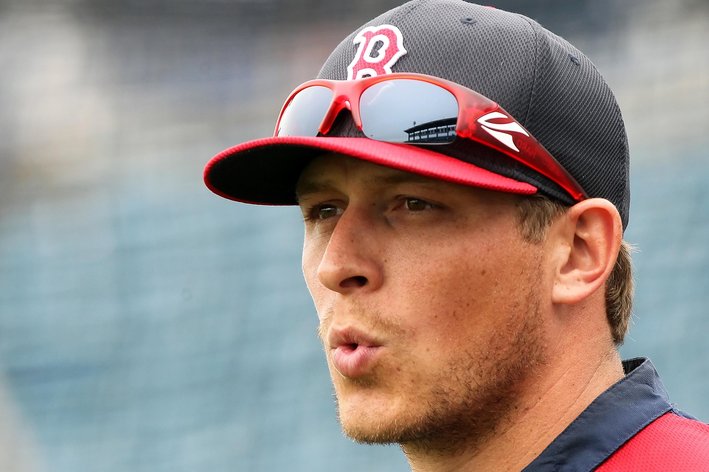 Ortiz, 37, has been sidelined with his Achilles injury since mid-July last season. He made a very brief return to the club in August -- i.e. one game -- put was immediately placed back on the DL when he aggravated the injury.

When camp opened in February, it was thought that Ortiz would be in the club's Opening Day lineup, but setbacks brought on by inflammation forced the team to put him on the 15-day disabled list (retroactive to March 22) to start the year.

Boston re-signed Ortiz to a two-year, $26 million deal in November. He could earn up to $15 million in 2014 if he spends fewer than 20 days on the DL because of his Achilles, but it doesn't appear that is going to happen.

Jonny Gomes filled in at DH for the Red Sox on Monday, and is likely to share the role with Daniel Nava and Mike Carp until Ortiz is able to return.