Young will take to the outfield for the first time as a Phillie in an extended Spring Training game on Tuesday.

Delmon Young is on track in his recovery from an offseason micro-fracture operation on his ankle, and is scheduled to play in the field for the first time since joining the Phillies over the winter, reports Todd Zolecki of MLB.com.

Young, who is on the 15-day disabled list (retroactive to March 22) will play three innings in right field Tuesday in an extended Spring Training game in Clearwater. The 27-year-old has been on a mid- to late-April return timeline since visiting with an ankle specialist in early March and, so long as nothing goes wrong while manning the outfield, it looks as though he'll hit that mark. 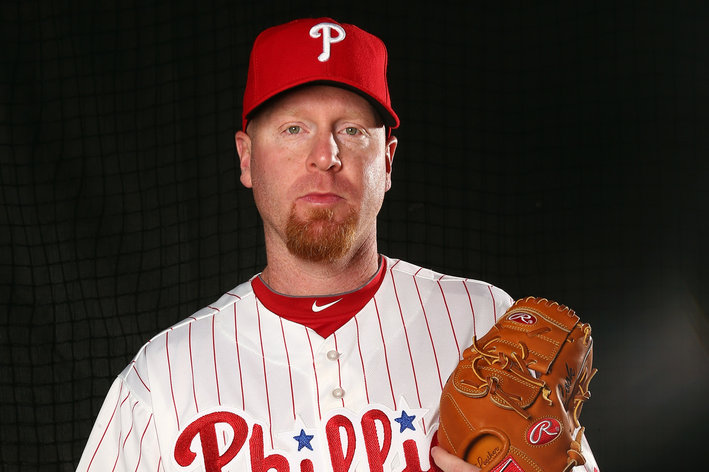 In an attempt to cut costs, Philadelphia has decided to just order in every night.

The Phillies signed Young to an inexpensive, one-year contract in January. Ruben Amaro and company reportedly relied on seven-year-old scouting reports to vet the free-swinging outfielder, which simultaneously boggles the mind and explains a lot.

Amaro said early in camp that he expected Delmon Young to be the club's right fielder upon his return, but it's unclear whether his stance changed as spring progressed. Between Domonic Brown and John Mayberry, the latter seems the most likely candidate to take to the bench when Young is activated; Brown put up much better spring numbers and still has some prospect pedigree.

At one time a top prospect himself, Young has had struggles both on and off the field throughout his big-league career. The hefty outfielder is a career .284/.317/.425 hitter with 89 home runs in parts of nine MLB seasons.