San Francisco has grabbed the young right-hander off of waivers from the Pirates.

The San Francisco Giants have claimed right-hander Hunter Strickland off of waivers from the Pittsburgh Pirates, reports Andrew Baggarly of CSN Bay Area.

Strickland, 24, was designated for assignment by the Bucs last week along with first baseman Clint Robinson to make room for Brandon Inge and Jonathan Sanchez. The 6' 4" right-hander is now a member of the Giants' 40-man roster but will begin his stint with the organization at the High-A club in San Jose. 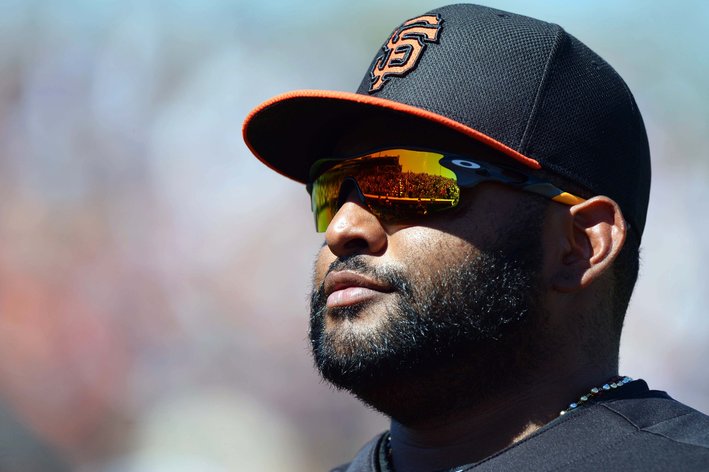 Sandoval has opted to play through the nerve issues he's having with his elbow.

Part of the trade that sent Adam LaRoche (briefly) to the Boston Red Sox in 2009, Strickland had a solid first half-season with the Pirates' Low-A affiliate, but then arm problems took their toll the next two seasons. The 6' 4" right-hander missed significant time in 2010 with an elbow strain then missed all of 2011 with a rotator cuff injury that eventually required surgery.

Strickland was in good health in 2012, posting a 3.70 ERA and 6.0 K/9 in 87⅔ innings between High-A and Double-A ball. Up to last season, Strickland had been used as a starting pitcher about 95 percent of the time, but the right-hander switched to a bullpen role midway through 2012, making just nine starts on the year.

The acquisition of Strickland puts the Giants' 40-man roster at an even 40.