Philadelphia has nabbed itself a new fifth outfielder, claiming Carrera from the Indians.

The Philadelphia Phillies have claimed outfielder Ezequiel Carrera from the Cleveland Indians and designated Rule 5 pick Ender Inciarte for assignment, the team has announced.

The Tribe had been trying to move Carrera for weeks but were unable to find a trade partner before they had to finalize their Opening Day roster, so they DFA-ed him last week. The left-handed outfielder will be placed on the Phillies' 25-man roster, taking over the fifth-outfielder spot that was occupied by Inciarte. Carrera is expected to suit up on Wednesday. 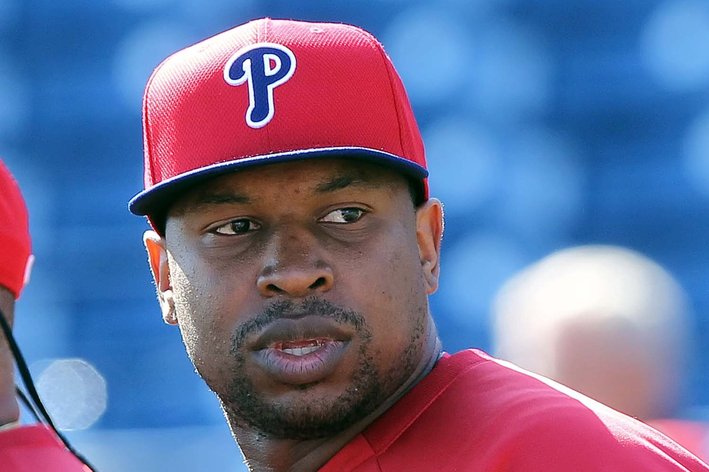 Delmon Young will play the outfield Tuesday -- in an extended Spring Training game -- for the first time since undergoing ankle surgery last fall.

Inciarte, 22, was a Rule 5 Draft pick from the Arizona Diamondbacks in December. The youngster didn't have any time above High-A ball, and did not put up great numbers this spring, but still managed to eke his way onto the Opening Day roster.

As a Rule 5 pick, Inciarte needed to be either on the club's active roster or returned to the Diamondbacks. It was thought that the young outfielder would serve as a place-holder until Delmon Young returned from the disabled list later this month, but he barely made past Opening Day. It's unclear what Carrera's fate will be when Young is eventually activated.

Inciarte will now go through the regular waivers process. If he is claimed by another team, then the Rule 5 stipulations -- i.e. he has to be on the 25-man roster -- will transfer to his new club. If he clears waivers, the D'Backs will get him back and Philadelphia will receive $25,000 in return.