On a night in which no one could touch him, Yu Darvish came within one out of baseball history.

Two outs, bottom of the ninth, against the Astros.

But tonight was not his night to make history: Marwin Gonzalez would sneak a ground-ball up the middle and into center field. The hit ended the right-hander's bid for not only a perfect game, but a no-hitter as well.

Though we're only two games into the 2013 campaign, with 14 strikeouts and just that one hit allowed, this will go down as one of the better pitching performances of the season. Had Darvish held on to the perfect game, it probably could have gone down as an all-time great performance.

His stuff was dancing, darting, jumping, and dropping, and the Houston hitters were baffled all night. It shows just how good he was that the one hit he allowed was a ground-ball up the middle, and not a line drive (as he crept into the 110s on his pitch count). 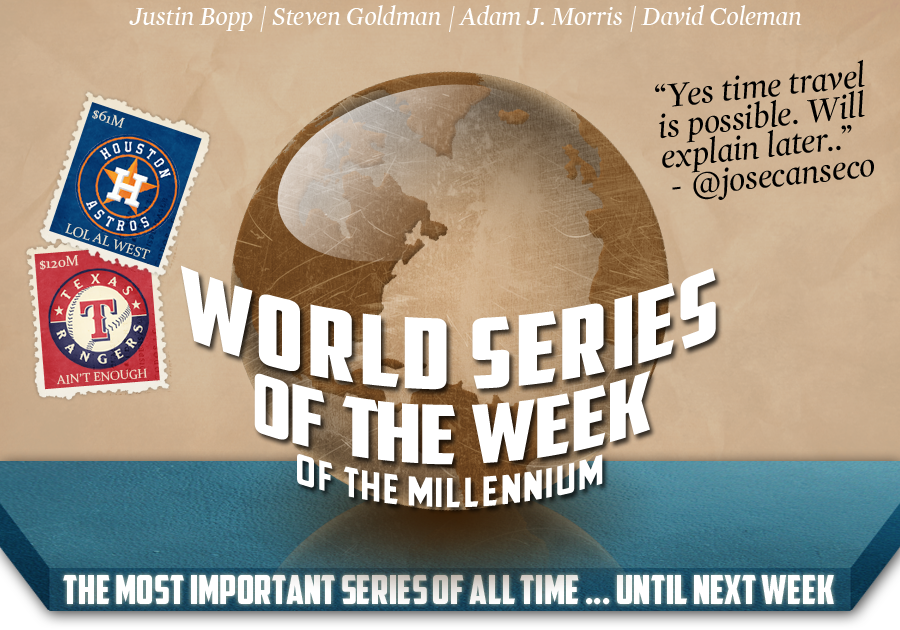 A graphical preview and ongoing discussion of this week's key series.

Perhaps the most ironic part of all of this is that the Astros starter tomorrow night is Phillip Humber, who threw a perfect game just last season against the Seattle Mariners. Now I think we all know A.) which performance was more impressive, and B.) which pitcher we would rather have, but I think you get the point.