The Rangers do not expect to seek outside pitching help following the injury to Matt Harrison.

The Texas Rangers starting pitching depth will be greatly tested following the injury to Matt Harrison, writes Todd Wills of ESPNDallas.com, but Rangers GM Jon Daniels does not see the team acquiring help from outside the organization.

will be out until mid-July following surgery to repair a herniated disc in his back. The Rangers also lost Martin Perez, a top candidate to make the rotation out of camp, when the lefty was hit with a line drive that broke his arm during spring training. Perez is just starting to throw again and is not expected back until late May or June. starter Colby Lewis since last season and they are hoping he will return some time in May. Lewis had been one of the team’s best starters in 2012 until an elbow injury ended his season. Lewis, Perez and the hard-throwing reliever Neftali Feliz, who is recovering from Tommy John surgery, are all rehabbing in Arizona currently, Wills reports.

Until Perez and Lewis return, the Rangers will use 24-year-old rookies Nick Tepesch and Justin Grimm in their rotation and shun the trade market. "I don't think we'll do anything from outside." Daniels says. "We'll play it out. We like the guys we've got. We like the guys that are on the mend. That's obviously an important group for us in ."

Matt Harrison injury: Rangers starter will undergo surgery on his back 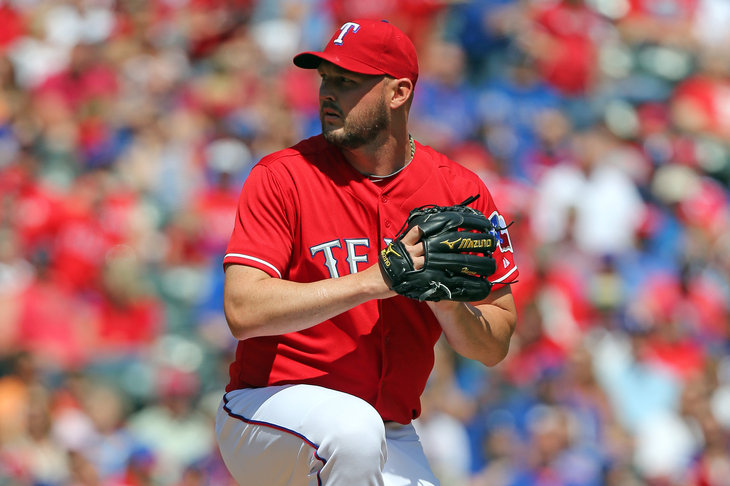 The Texas Rangers starting pitcher is expected to be out until after the All Star break.

Tepesch is off to solid start in his first two games this year, with a 1-1 record and a 3.46 ERA over 13 innings. Grimm has made just one start for so far this season, allowing two runs on five hits in four innings of work against the Mariners on April, 11, but he will get the ball again on Sunday as the Rangers once again battle the Mariners.