The City of Boston has endured a tremendous amount of fear and relief in the last twenty-four hours. At Fenway Park today, the Red Sox and the Royals will honor the city and its heroes as baseball returns from lock down.

After a tense day spent indoors with the city on lock down, baseball returns to this afternoon with the Red Sox taking on the Kansas City Royals. As they take the field today, the Red Sox and Royals will pay tribute to the heroes and victims of the Marathon bombing and the subsequent manhunt in what promises to be an emotional game at .

Over the Monster: Boston, You're our home

The Red Sox will wear special home white jerseys today that will read " " in place of "Red Sox, the team announced via twitter. Scott Lauber of the Boston Herald provides this image of the jerseys. The jerseys will be auctioned off with proceeds going to the One Fund, a charity created to help those most impacted by the marathon bombing.

The Red Sox have also placed the iconic "B Strong" logo that has circulated since the bombing on the Green Monster for today’s game. Jenny Dell of NESN has that image via twitter.

Both teams will wear patches on their uniforms with the "B Strong" logo throughout the series, according to the Kansas City Royals.

Today’s game follows a day of touching tributes to the City of from teams around the league. At a number of parks, teams played "Sweet Caroline" by Neil Diamond, the Red Sox traditional seventh-inning stretch anthem as law enforcement officials pursued fugitive suspect Dzhokhar Tsarnaev in the town of . Other teams have honored the city this week with the Red Sox traditional victory song, "Dirty Water" by the Standells. 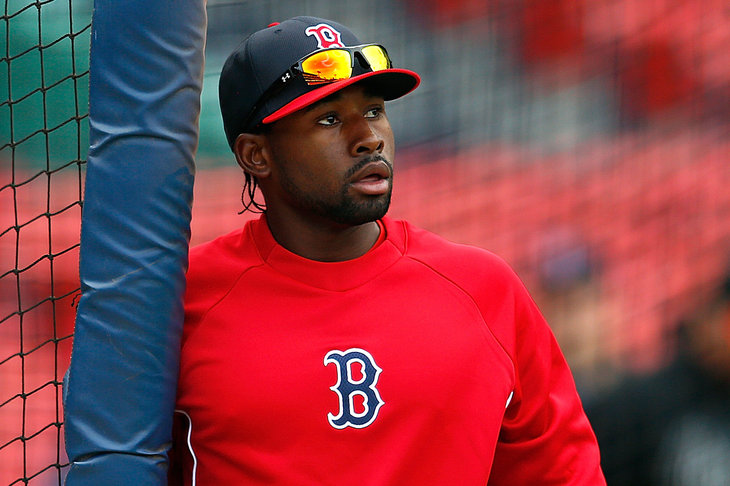 On the field, the Royals will send ace James Shields to the mound to face Clay Buchholz and the Red Sox, who will have star DH David Ortiz in the lineup for the first time this season. The game begins at 1:10 p.m. Eastern Time today and it promises to be a special moment of celebration for a city that has experienced extremes of terror and relief since the Red Sox last took the field.

"It's going to be a special game -- definitely one to remember," Red Sox starter Clay Buchholz, told Zack Meisel of MLB.com-

"I'm sort of at a loss for words for it. I'm going to try to keep my emotions under wraps as much as possible. Given the circumstances, it's going to be a day that's in pursuit of recovery for everyone who had to face losses."