With Ryan Zimmerman headed to the DL, the Nationals have called up top prospect Anthony Rendon to fill in at third.

Zimmerman placed on the 15-day DL yesterday after an MRI on his sore hamstring. The assignment is retroactive to Thursday, April 18. He is not expected to miss more than fifteen days with this injury. Zimmerman had been off to a slow start this season, hitting .226/.311/.358 over 61 plate appearances prior to the injury.

To replace Zimmerman during his time on the DL, the Nationals have called up top prospect Anthony Rendon. Rendon created a buzz in the Nationals spring training camp this year, impressing many people around the team, including manager Davey Johnson. The 22-year-old was drafted out of by the Nationals with the 6th overall pick in the 2011 draft. He was ranked the 30the best prospect in the game prior to the start of the season by Baseball . He has hit .292/.462/.500 in 65 plate appearances with AA Harrisburg this season. 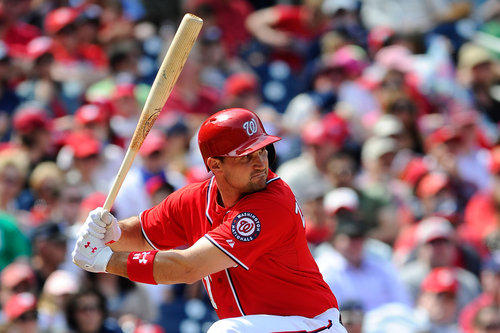 Ryan Zimmerman will undergo an MRI on his sore hamstring

The injury to Zimmerman will give the Nationals a chance to further evaluate how well Rendon’s impressive skill set can translate to the majors at this point. He has hit very well in his brief pro career, with a .249/.391/.492 line but a number of injuries have limited him to just in his 225 plate appearance. He is expected to be the Nationals everyday third baseman in Zimmerman’s absence.

WHAT CAN GOAT DO FOR YOU