New York has swapped one southpaw for another.

Laffey, 28, was called up two weeks ago to start in place of the injured Shaun Marcum. The southpaw made two starts and came out of the bullpen on two other occasions, but managed just one positive outing. Laffey lasted 4⅓ innings in his first start and just four in the next, and has allowed eight runs and five walks in 10 innings overall. 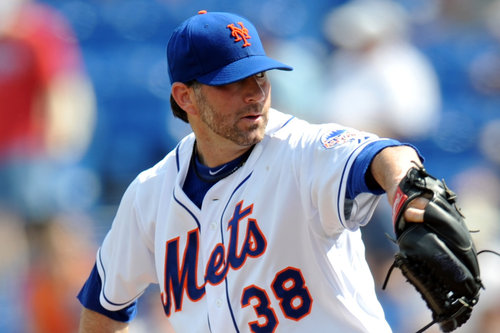 The right-hander threw four hitless innings in his rehab start on Thursday.

Given Laffey's early struggles, and the fact that Marcum is set to return to the rotation next Saturday, the Mets have decided to part ways with the left-hander. However, there's still a chance that Marcum -- who is scheduled to make a 70-75 pitch rehab start on Monday -- won't be ready to go by the weekend, which could mean the Mets will bring Laffey back.

Taking Laffey's place on the roster, for now, is fellow southpaw Carson. The 24-year-old had two stints in the Mets' bullpen last season, getting a small taste of the big leagues in May then coming up again for the final month and a half of 2012. Carson didn't have much success in his first go 'round -- posting a 4.73 ERA and just 3.4 K/9 in 13⅓ innings -- but the club is hopeful that his solid outings in Triple-A this year are an indication of better performances to come at the big-league level.

The Mets currently have the worst bullpen earned-run average in baseball at 5.47, so it's going to be difficult for Carson to do any more damage than has already been done.