The spokeswoman of Cano's charitable foundation is named the Biogenesis records, which has prompted MLB to open an investigation into the Yankees second baseman.

Major League Baseball has opened an investigation into whether Yankees second baseman Robinson Cano has a relationship to Biogenesis after records revealed that the spokeswoman for his charitable foundation was on the PED clinic's client list, report T.J. Quinn and Mike Fish of ESPN.

Cano's associate* told ESPN that she visited with a nurse who worked for the clinic last summer for a weight-loss consultation, but never received anything from Biogenesis, and that Cano "definitely never did." Her personal denial seems to run contrary to the clinic records that show her owing $300 for both July and August of last year, but there's no reason at this point to not believe her. ESPN's sources say the billing is consistent with a weight-loss regimen. 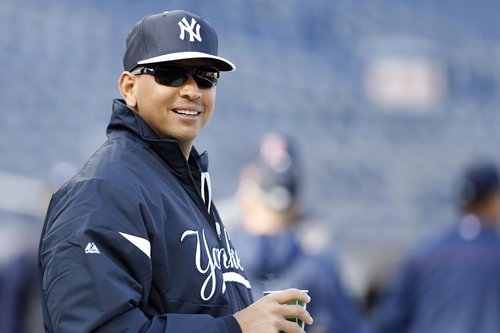 Rodriguez may have further implicated himself in the Biogenesis scandal by attempting to purchase medical records from the clinic.

The connection here between Cano and the clinic seems spurious at best, and really reads as an attempt for ESPN to keep a dying story alive. The colleague's boyfriend also appears on the client list around the same time, per ESPN, which seems a much more reasonable explanation for her place on the list than Cano.

Quinn and Fish's article also tries to go the guilt-by-association route by mentioning that Cano is good friends with Melky Cabrera and Alex Rodriguez, which does absolutely nothing other than to prime readers into thinking the All-Star second baseman is in cahoots with them. Teammates are good friends? The humanity!

MLB opening an investigation into Cano is really just them being thorough and nothing more. They know that the clinic records -- which they've made the morally ambiguous decision to pay for -- are not likely enough evidence to suspend big-league players without getting a massive fight from the MLB Player's Association, so they're venturing down every avenue with the hopes of striking gold. As they should.

Cesar Carrillo remains the only player to be punished so far in the wake of the Biogenesis scandal, and the only reason MLB was able to slap him with a 50-game suspension is because he didn't have the protection of being on a 40-man roster (read: the MLBPA).

*You can click through to get her name if your really want, but it's not all that important.