The Tigers have bolstered their bullpen for the second time today, adding Valverde back as their closer.

The Tigers have promoted Jose Valverde from Single-A to return as their closer, signing him to a one-year, MLB contract in the process, reports Rod Beard of The Detroit News.

More Tigers: What to Expect From Bruce Rondon

The team also added Bruce Rondon from its Triple-A affiliate today, so they are clearly trying to improve their bullpen situation. 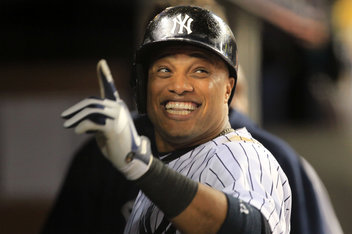 A spokesperson for Cano's charitable foundation was revealed to be on a Biogenesis client list, prompting an investigation into the Yankees second baseman.

The Tigers initially re-signed Valverde to a minor-league deal at the start of the month. The right-hander tossed three scoreless innings at Class A Lakeland late last week, which was apparently more than enough to prompt Detroit to bring him up. Righty reliever Bryan Villarreal has been optioned to Triple-A to make room on the roster.

The news of his heading to Detroit originally got out when ESPN reporter Craig Custance was on a plane with Valverde, who told him about the move.

Valverde said he has been throwing 96-97 off the mound, and is occasionally touching 98. It will be important for him to hold that high velocity as that is a big part of his game, and will also help him get easy outs in the form of the strikeout.

With Valverde reinstalled as the club's stopper at the moment, the Tigers could possibly try and ease Rondon in in lower-leverage spots, and then work him up to the closer role if they feel he is ready.