The right-hander was supposed to start at Double-A on Wednesday, but has been shut down instead.

Chicago Cubs right-hander Matt Garza has suffered yet another setback in his long road to recovery from elbow and lat muscle injuries. Garza was scheduled to make a rehab start at the Cubs' Double-A affiliate on Wednesday but had to be scratched because of a bout of "dead arm" in his forearm and biceps, reports Patrick Mooney of CSN Chicago.

Dead arm, of course, is the very technical term for "we have no idea what's wrong." GM Jed Hoyer told reporters that "it's all muscular, nothing structural," which is contradictory at best, and stated that the current issue has no relation to Garza's elbow issues from last year. Hoyer also expressed a hopefulness that Garza's arm would be back to full strength after a "couple days" of rest. 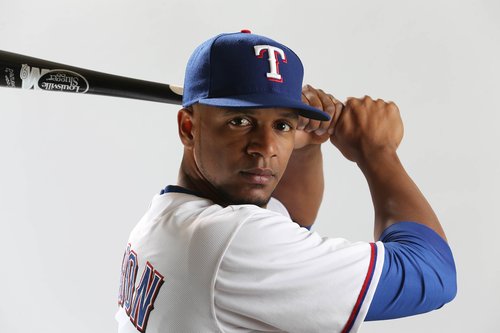 Chicago has claimed the outfielder from the Rangers.

Garza, 29, hasn't appeared in a big-league game since July 21 of last year. Initially out with a stress reaction in his elbow, the right-hander pushed his return date back this spring when he strained a muscle in his side during the first team workout of camp.

Garza threw two innings in a simulated game at Miller Park last Friday and followed that up with a bullpen session on Sunday, but wasn't feeling it when Wednesday's rehab rolled around. The Cubs were hopeful that Garza could make his season debut with the club sometime in mid-May, but if this present setback proves to need more than a few days of rest, then a June return may be more likely.