By optioning him to the minors Wednesday, Boston now has a 72-hour window to deal the right-hander before he must report to Pawtucket.

The Boston Red Sox optioned struggling right-hander Alfredo Aceves to Triple-A Pawtucket on Wednesday, and are now giving indications that they want to trade him, reports Nick Cafardo of the Boston Globe.

Whether or not the Sox will find someone willing to even listen to an offer for the troubled veteran remains to be seen, as Aceves owns a glaring 8.66 ERA and 6.1 BB/9 in 17⅔ innings this year. The right-hander must report to Pawtucket within 72 hours of being optioned, so if he's going to be dealt it'll likely happen in the next three days. 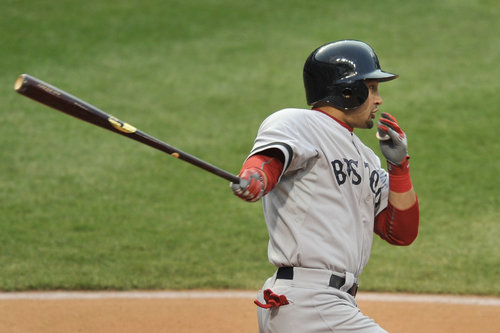 Peter Gammons notesthat the Red Sox have called other squads about Aceves' availability, but there's no knowing what the response has been.

As I alluded to earlier, Boston is attempting to move Aceves at what is likely the nadir of his trade value. The club would have had a hard enough time dealing the right-hander in the offseason because of his off-the-field issues, but now that he's established that his paltry numbers in 2012 are more a new norm than a one-year aberration, the team's task becomes almost Sisyphean.

Aceves certainly didn't help trade value or his poor clubhouse reputation any earlier this week when he (figuratively) threw the Red Sox offense under the bus following his extremely rough outing on Tuesday.

The Los Angeles Angels are in dire need of bullpen help, but even they may not be so desperate as to go after Aceves, who is owed $2.65 million this year.