Toronto has called up the righty reliever temporarily while Lind takes time to be with his wife for the birth of their child.

More Jays: We Needed That

Lind left the team on Wednesday to be with his wife, who went into labor sometime during the day with the couple's second child. A healthy baby boy was born on Thursday. The lefty slugger can stay on the paternity leave list for up to 72 hours, meaning the Blue Jays will have to put him on the restricted list if he needs to remain away beyond Saturday. 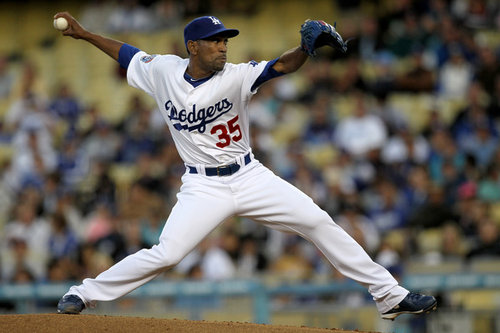 Ramon Ortiz was actually on a Major League baseball team in 2013. Don't worry, though, he's not anymore.

Lincoln, 27, was acquired by the Blue Jays last July in exchange for outfielder Travis Snider. The right-hander did not pitch well is his first go in Toronto, posting a 5.65 ERA and 1.9 HR/9 in 28⅔ innings, so there was not an open bullpen spot waiting for him this spring.

Lincoln fits a similar mold to that of trade partner Snider, in that he's a former first-round pick who's never quite been able to figure things out at the big-league level. He's thrown eight innings of relief at Triple-A so far this year, allowing four earned runs and striking out 11 in that span.