Cubs rumors: Mark Appel or Jonathan Gray to be No. 2 pick

Chicago plans to choose between the top two college pitchers in the draft with their first pick in June's draft.

Share All sharing options for: Cubs rumors: Mark Appel or Jonathan Gray to be No. 2 pick

The 2013 amateur draft is still six weeks out, but the Chicago Cubs are already set on who they plan to select with the No. 2 pick. Starved for young, promising arms, the club plans to use its top selection on either Stanford's Mark Appel or Oklahoma's Jonathan Gray, reports Gordon Wittenmyer of the Chicago Sun-Times.

The powerful right-handers are the top two college arms in the draft, so who the Cubs ultimately take will likely be whoever's left after the Houston Astros make the first selection. 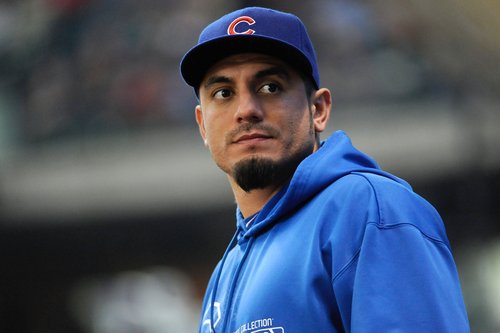 The right-hander is battling a bout of 'dead arm' but shouldn't be sidelined too long.

Appel, 21, will be going through the draft day excitement for the third time. A Scott Boras client, the right-hander was selected by the Pirates with the No. 8 pick last year, but ultimately turned down the Bucs' $3.8 million offer. The only reason Appel fell to eighth in the first place was because of (founded) concerns about his signability.

The Cubs have a little over $6 million allotted for their top pick, and $10 million overall for the first 10 rounds, so if Appel does fall to them they shouldn't have too hard of a time getting him signed.

Gray, 21, has also been drafted twice before, though never higher than the 10th round (2011 Yankees). The big right-hander hits triple digits with his fastball and sits regularly between 96-98 miles per hour.

The last time Chicago took a pitcher this high in the draft was when they took Mark Prior with the No. 2 pick in 2001.