If all goes well, Ramos should be back in the Nats' lineup by Monday.

With the exception of Thursday night's game, the Washington Nationals have been struggling at the dish of late, so news of Wilson Ramos' imminent return is a huge positive for the club. Ramos is set to begin a rehab assignment at Double-A Harrisburg on Friday and should be activated by Monday if everything goes well, reports Chase Hughes of CSN Washington.

Ramos, 25, has been sidelined since April 14 with a left hamstring strain, but was able to take batting practice and run the bases with no problems on Thursday. The backstop is scheduled to catch three innings for Harrisburg on Friday and play again on Saturday before joining the Nats in Atlanta on Monday. 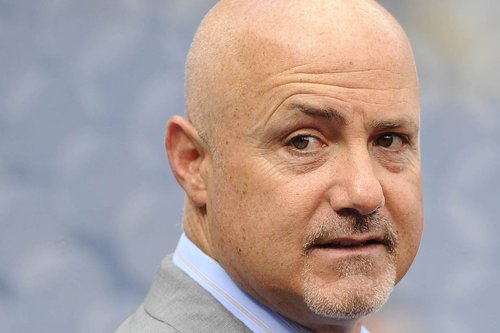 Mike Rizzo will now be operating things in DC at least through 2014.

After missing most of 2012 with a serious knee injury, it was exciting to see Ramos get off to a fast start -- .300/.391/.600 with two home runs in 23 plate appearances -- and Nats fans are likely hopeful he can just pick up right where he left off when he returns early next week.

Kurt Suzuki has taken the bulk of the starts behind the plate in Ramos' absence and has really pulled his weight both at and behind the dish. Recent call-up Jhonatan Solano will likely be optioned back to Triple-A when Ramos returns.