Matt Garza injury: Cubs RHP back on a throwing schedule

It appears Garza's brief battle with "dead arm" has passed.

Share All sharing options for: Matt Garza injury: Cubs RHP back on a throwing schedule

Now two days removed from being scratched from his simulated start because of "dead arm," Chicago Cubs right-hander Matt Garza's is feeling much better. The right-hander is scheduled to play long toss and throw a bullpen session sometime Friday or Saturday, then -- if all goes well -- could make a start at Double-A next week, per Paul Sullivan of the Chicago Tribune.

The 29-year-old hasn't thrown a pitch in a real game, minor-league or otherwise, since July 21 of last year, when he went down with a stress reaction in his elbow. Healthy at the start of spring camp, Garza proceeded to strain a muscle in his left side during his first throwing session and has been on the road to recovery ever since.

Cano in the clear 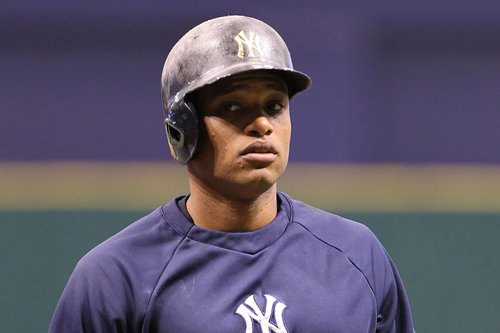 Garza was originally set to make three rehab starts following the initial simulated one on Wednesday before returning to the Cubs' rotation, but it's unclear whether a trio of starts is still the plan. If we assume that it is, and say that he will make his first rehab appearance on Wednesday, then the right-hander is looking at making his season debut in mid-May.

While that's much later than the club initially hoped to have him back -- i.e. Opening Day -- it should still be plenty of time to drum up his trade value before the July deadline.