The Dodgers lost second baseman Mark Ellis to a right quad strain during last night's game against the Brewers.

Ellis left the game against the Brewers last night after pulling up in pain while running out a groundball in the 5th inning. After his departure, he was replaced at second base by Nick Punto. Ellis will undergo an today to determine the full extent of the injury and he is expected to see some time on the DL as result, though no move has been made at this point. 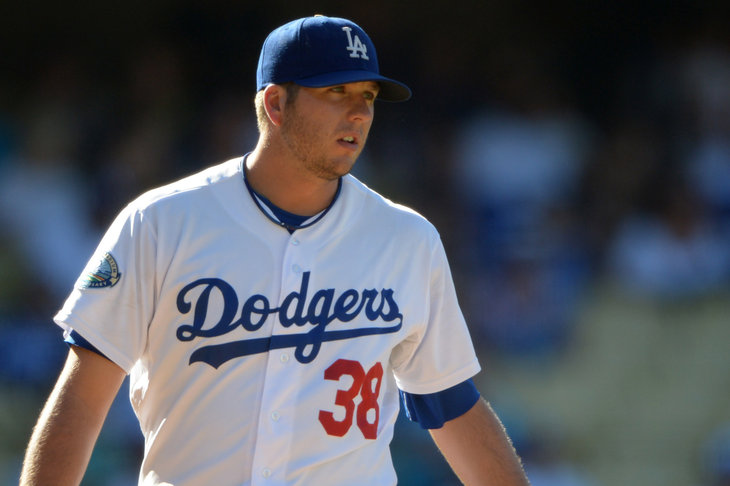 Two surgeries and a trip to rehab. We must be talking about L.A.

The 35-year-old Ellis has been one of the Dodgers best hitters this season with a .342/.363/.452 batting line in 80 plate appearances, so replacing his bat could be an issue for them. The Dodgers do have several players capable of filling in at second base during Ellis’ absence, however. Punto appears to be the top candidate at this point. The switch-hitting veteran has been hitting the ball well in limited action, with a .346/.452/.385 line in 32 plate appearances thus far this season. Utility man Jerry Hairston and former Cardinals second baseman Skip Schumaker could also see time at the keystone if Ellis misses significant time, but both players have been struggling at the plate to this point.

Health has been a major issue for the Dodgers during the first few weeks of the 2013 season. If Ellis’ injury is more than a day-to-day concern , he will become the fifth Dodger to be placed on DL since the start of the regular season and one of seven players currently on the list for right now.