With Shaun Marcum returning from the DL today, Josh Edgin is the odd man out on the Mets roster.

The New York Mets have demoted left-handed reliever Josh Edgin to make room for starter Shaun Marcum, reports Adam Rubin of the ESPN New York. Marcum is making his first start of the season this afternoon after landing on the DL with a neck injury during spring training.

Edgin has struggled badly this season, posting a 9.64 ERA in 9 ⅓ innings. The 26-year-old lefty has shown some strong strikeout ability, with a 10.3 K/9 rate in 35 career innings but opposing batters have been hitting him hard recently, with a .414 batting average on balls in play and a .525 slugging percentage against him this year. 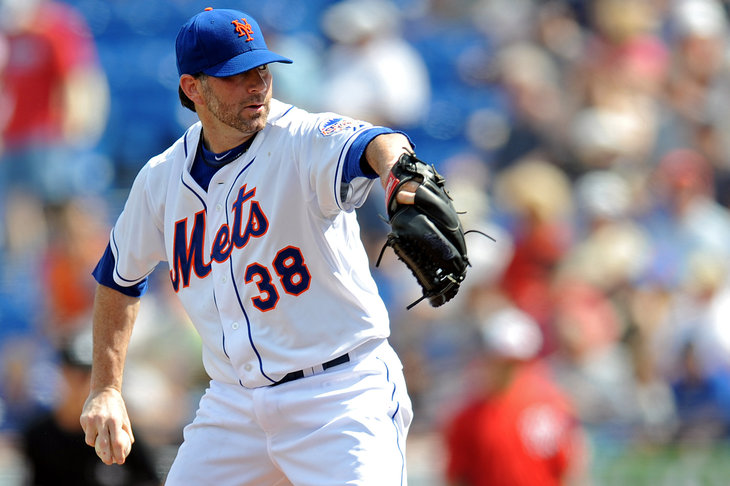 The right-hander passed his final rehab test with flying colors, and rejoined the club in New York on Wednesday.

With Edgin headed upstate, the Mets are left with two left-handed relievers in their bullpen. 31-year-old Scott Rice, a veteran of fourteen minor league season who made his major league debut this year with the Mets, has emerged as the team’s primary lefty specialist. Rice has thrown eleven innings with a 2.45 ERA this season for .

24-year-old Robert Carson is now the Mets second left-handed option out of the bullpen. has made just one appearance this season for the Mets, pitching 2 ⅓ innings on April 23, allowing one run on two hits, one of which was on a Mark Ellis home run. In eighteen career appearances he has a 4.60 ERA.

According to Rubin, Edgin will report to AA Binghamton. The Mets affiliate, , plays in the offensively-charged Pacific Coast League and Rubin claims that the Mets believe Edgin will have an easier time regaining his effectiveness in the more neutral environment of the Eastern League. The move also keeps Edgin closer to in case the Mets need to recall him quickly.