Is Robinson Cano more like David Wright or more like Alex Rodriguez? Both players are stars and both play in New York, but they get paid very differently and that is complicating the talks between Cano and the Yankees.

While both the Yankees and Robinson Cano remain eager to work out a long term contract that will keep the star second baseman in pinstripes far into the future, the talks have not progressed much and sizable gap may separate the two sides, according to Jon Heyman of CBS Sports.

The Pinstriped Bible: Save me (from) Ben Francisco

Heyman reports that since leaving agent Scott Boras for rap star Jay-Z and his new division at , Robinson Cano is being represented primarily by ’s baseball division co-head Brodie Van Wagenen. Jay-Z is unable to represent the Yankee slugger until his is certified as an agent, a process which could take months. At this point, it appears that Van Wagenen and Yankee GM Brian Cashman have pushed talks to a date sometime in the future and the two sides are still separated by a significant gap in their desired price.

Heyman cites sources inside the game who believe that two different deals for star players in are currently at the center of the division between Cano and the Yankees. Cano’s side is reportedly looking for a deal comparable to the ten-year/ $275M contract that the Yankees gave third baseman Alex Rodriguez prior to the 2008 season. With $114M remaining on that deal (including Rodriguez’s $28M salary for 2013) and A-Rod out for at least half of this season and showing significant decline in production, it isn’t surprising that the Yankees want to reference the more modest eight-year/ $138M deal their cross-town rivals gave David Wright. 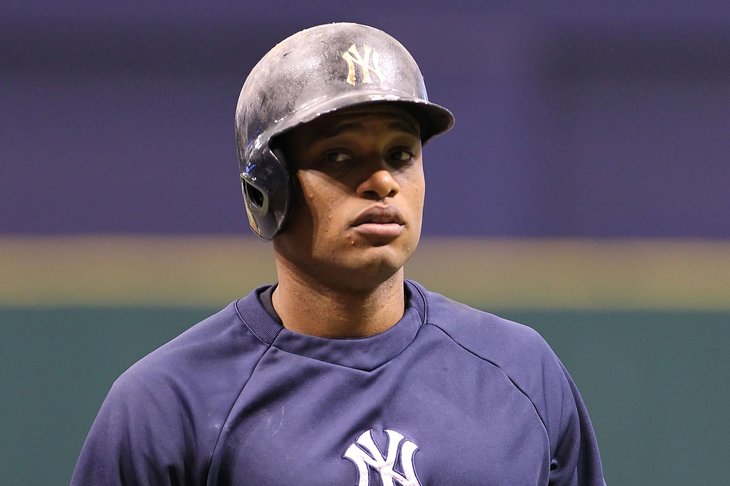 Wright signed that eight-year extension with the Mets this off-season after hitting .306/.391/.492 at the age of 30 and it was generally acknowledged to be a team-friendly deal. The Mets star is a career .301/.382/.506 hitter over ten seasons in the majors. Cano is 30 years old this season and he has been a .309/.352/.505 over nine seasons. Through age 30, Alex Rodriguez had hit .305/.386/.573 over thirteen seasons, winning two MVP awards and a batting title. There are a number of other long term extension that could be used as a comparison as the two sides work toward an agreement, including those contracts signed by stars like Prince Fielder, Joey Votto and Joe Mauer, as well as Yankees icon Derek Jeter, but Heyman’s sources indicate that the deals for Rodriquez and Wright are currently framing the talks.

The prevailing belief around the game is that a contract between the two sides will get done. Many people believe that Cano’s decision to leave was largely based on his desire to remain with the Yankess and to avoid entering the free agent market if at all possible. If he does reach free agency, he will almost certainly be the top player available. With a number of aging stars coming back from injuries right, the Yankees are getting a clear reminder of how much they depend on Cano right now. His .319/.374/.626 line this season gives him the second highest OPS on the club, behind DH Travis Hafner. Given his age and his importance to the team, may not want to chance a bidding for his services this off-season.