Here is all the latest on the Dodgers many walking wounded-

The Dodgers have been ravished by injuries in this first month of baseball. Seven players are currently on the DL of and second baseman Mark Ellis may bump that total up to eight after straining his quad during Friday night’s game. The Dodgers could be getting a few of those missing pieces back soon.

Shortstop Hanley Ramirez went 1-3 with two RBIs in six innings of rehab work with Class A Rancho Cucamonga, reports Austin Laymance of MLB.com. Ramirez has been out since March 22 following surgery to repair a torn ligament in his thumb. He played with a splint on the repaired digit for protection against re-injury.

Starter Chris Capuano will make a rehab start with either Albuquerque or Ranco Cucamonga on Wednesday, Laymance writes. The lefty was placed on the 15-day DL on April 17 with a strained left calf. Capuano was starting in place of the injured Zack Greinke when he suffered that injury. 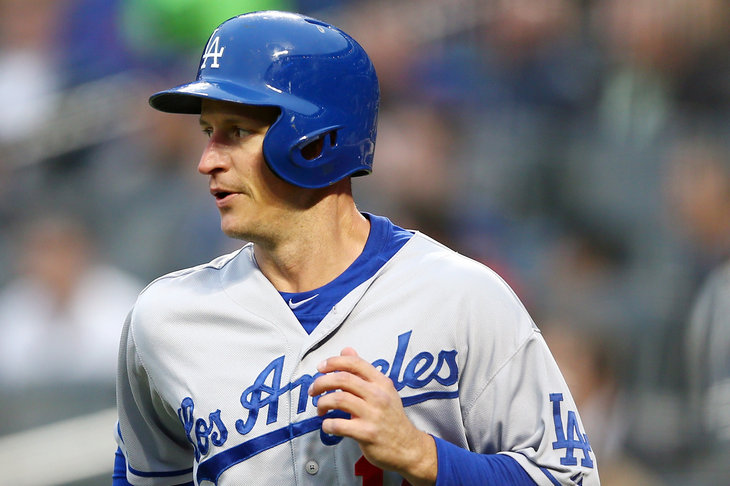 The Dodgers lost second baseman Mark Ellis to a right quad strain during last night's game against the Brewers.

The Dodgers placed pitcher Stephen Fife on the 15-day DL yesterday, retroactive to the day after his last outing on April 22. The right-hander was scheduled to start Saturday’s game against the Brewers but lingering discomfort in his shoulder forced the team to scratch him in favor of Matt Magill. Magill pitch 6 2/3 innings allowing two runs on four hits and two walks while striking out seven in a losing effort in ’s place.

Second baseman Mark Ellis will rest for a few days following the quad strain that forced him out of the game on Friday, according to Laymance. Ellis is hoping to avoid a trip to the DL.

As if those injuries were not enough for Dodgers to contend with, first baseman Adrian Gonzalez missed yesterday’s game after receiving antibiotics for a skin infection. The ailment was not expected to keep Gonzalez from playing but treatment took longer than expected, forcing him to miss the game. He is not expected to miss any further time as a result of this issue.