White Sox starter Gavin Floyd injured his arm pitching against the Rays last night and will head to the 15-day DL.

Share All sharing options for: White Sox send Gavin Floyd to the DL

The Chicago White Sox have placed starting pitcher Gavin Floyd on the 15-day DL with a strained flexor muscle in his right arm, according to the team.

Floyd injured his arm during his start last night against the Tampa Bay Rays. With two outs in the third inning, Floyd was facing Rays third basemen Evan Longoria. After the first pitch to Longoria- a 89 mph two-seam fastball- catcher Tyler Flowers saw something wrong with his pitcher and headed out to the mound. After talking with Flowers, manager Robin Ventura and trainer Herm Schneider, Floyd left the game.

Matt Garza injury: Cubs RHP back on a throwing schedule 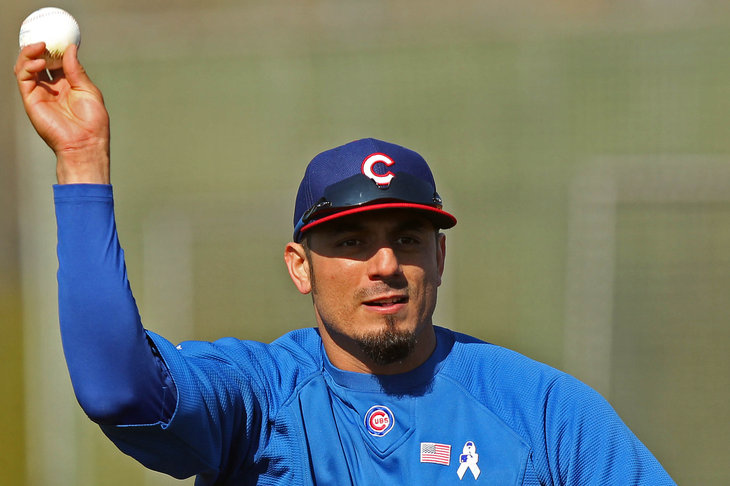 It appears Garza's brief battle with "dead arm" has passed.

Floyd has made five starts for the White Sox this season, going 0-4 with a 5.18 ERA over 24 innings. Despite his record and the high ERA, the right-hander’s numbers don’t indicate any previous arm trouble in his work this season. His fastball velocity has been consistent with his recent averages, clocking in a 91.4 mph. He has been uncharacteristically effective in getting strikeouts in this small sample, whiffing 9.3 batter per nine, a rate well above his 7.1 career K/9 average. Command has been an issue however, as his 4.4 BB/9 rate shows. His career BB/9 rate is just 3.1.

This is not the first time Flyod has experienced problems with his right elbow. The 30-year-old hurler missed time last season with a similar injury and also landed on the DL with elbow tendonitis.

Hector Santiago replaced Floyd following the first pitch Longoria last night and manager Robin Ventura says that the 25-year-old lefty will also take Floyd’s spot in the rotation for the time being. is 4-2 on his career in four starts and 47 relief appearances with a 3.00 ERA.