The Blue Jays don't have to worry about losing another one of their expensive Miami acquisitions at this point, as Josh Johnson's MRI comes up clean.

Blue Jays starter Josh Johnson received an on his right arm and it revealed no structural damage, reports Gregor Chisholm of MLB.com.

Johnson had been experiencing tightness in his right bicep prior to Friday’s scheduled start against the Yankees. scratched the 29-year-old righty as a precaution, giving the start to the newly-acquired Aaron Laffey, who had been claimed on waivers from the Mets. The was administered on Friday to rule out ligament damage in Johnson’s elbow. 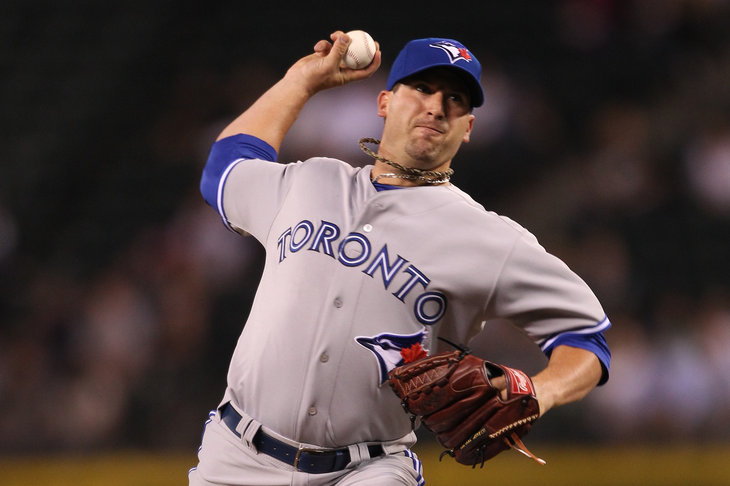 In four starts this season, Johnson is 0-1 with a 6.86 ERA over 19 ⅔ innings. His velocity has been strong, with his fastball averaging 93 mph so far this season, but the results have not been in line with his career numbers. Johnson has a career ERA of 3.23 over 148 starts. His control has been an issue so far this year. The big righty is currently walking 4.1 batters per nine; his career rate is 3.0 BB/9.

Johnson is likely to avoid a trip to the DL now that results of the have come back clean. His next start would normally come on Thursday, May 2 against the Red Sox, but the Blue Jays could choose to push that later or skip Johnson again if the pain remains an issue. He is expected to resume throwing today and the team will evaluate the time table for his return after that.