Chicago has inked the former A's and Red Sox outfielder to a minor-league pact.

The Chicago Cubs have signed outfielder Ryan Sweeney to a minor-league deal and assigned him to Triple-A, reports Evan Drellich of MassLive.

More Cubs: To WGN or not to WGN?

The 28-year-old was released by the Boston Red Sox over the weekend to make room on the roster for rookie Jackie Bradley Jr., the club's new starting left fielder.

No love for Marmol 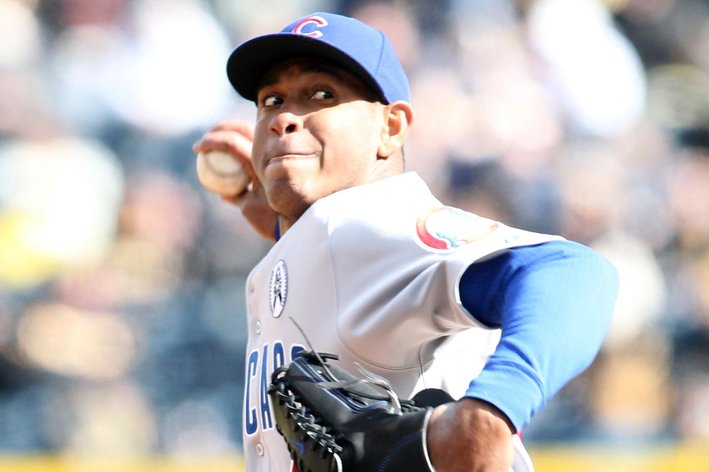 Oh look, people overreacting about performance one game into the season. How novel.

Sweeney re-signed with Boston on a minor-league deal in January following an injury-plagued 2012 season. He seemed to have spot on the Opening Day roster locked down, but was usurped on the depth chart by young Bradley during Spring Training and requested his release shortly thereafter.

Sweeney told Drellich that he was frustrated by how the situation panned out with the Sox, but that he is hopeful he'll get the call up to Wrigley "pretty quick." The outfielder will report to the Cubs' Triple-A affiliate in Des Moines on Wednesday, which -- as luck would have it -- happens to be just an hour and a half from his home, per Drellich.

Sweeney is a career .280/.338/.378 hitter in exactly 1,900 plate appearances over parts of seven big-league seasons with the White Sox, Athletics, and Red Sox, so he should be a solid lefty-hitting option should David DeJesus or Nate Schierholtz go down with an injury.