The New York Mets need to add a starting pitcher, as they cannot expect a quick return from injured right-hander Shaun Marcum.

The New York Mets need to add a starting pitcher, as they cannot expect a quick return from injured right-hander Shaun Marcum, according to Adam Rubin of ESPN New York.

The Mets shut down Marcum yesterday prior to his simulated start, and it now appears he's unlikely to make his debut for the team on Sunday. The right-hander has been dealing with several injuries this spring -- including neck pain and biceps tendinitis. If that wasn't enough, he's also been hampered by a shoulder impingement. 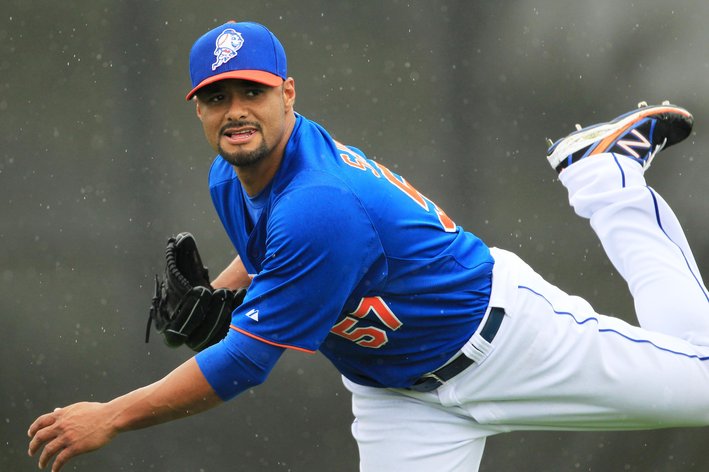 Considering the Mets have already lost Johan Santana for the season and Marcum's questionable injury history, Rubin believes New York must acquire another starter. At this point, there are few options remaining, but one name that seems to jump off the list is former Mets' starter Chris Young.

But the Mets didn't express much interest in Young when he initially parted ways with the Washington Nationals this spring, and not much has seemed to change since then. The 33-year-old started 20 games for the Mets last season, posting an ERA of 4.15 over 115 innings.

At this point, the Mets are working with a starting rotation that includes Jonathon Niese, Matt Harvey, Dillon Gee and Jeremy Hefner.