The veteran right-hander took a line drive off his pitching hand in the second inning, forcing New York to pull Kuroda after 41 pitches.

Things got a little worse for the Yankees on Wednesday, though not quite as bad as they could have been. Right-hander Hiroki Kuroda was pulled from his start Wednesday evening after being struck with a batted ball on the fingers of his throwing hand in the second inning.

Thoughts of doom and gloom abounded, but the X-rays on Kuroda's fingers came back negative. The right-hander is now listed as day-to-day with bruising on his middle finger. 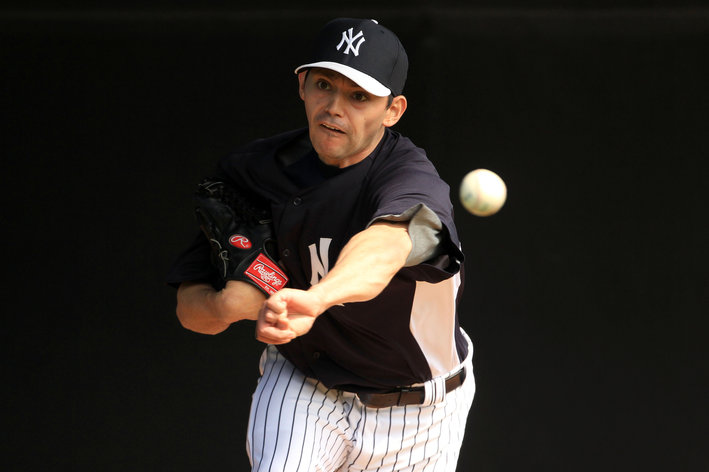 The Yankees have released the veteran LOOGY.

Kuroda suffered the injury when reaching for a line drive off the bat of Red Sox outfielder Shane Victorino, who was leading off the second inning. The ball appeared to glance off the ring and middle fingers of Kuroda's pitching hand as it made its way to center field for a single.

Trainers came out to check on Kuroda, but after a few warmup pitches the right-hander talked them into letting him continue. Things went off the rails from there. Kuroda hit two of the next four batters and walked a third, forcing in a run on the latter hit-by-pitch. At that point manager Joe Girardi had seen enough, and pulled Kuroda after just 41 pitches.

Right-hander Cody Eppley came on in relief of Kuroda and actually managed to escape the inherited bases-loaded situation unscathed by inducing a double-play ball from Dustin Pedroia.