L.A. activated Han-Ram from the DL Monday night, way ahead of schedule.

The Los Angeles Dodgers activated Hanley Ramirez from the disabled list prior to Monday's night's game, placing left-hander Clayton Kershaw on the bereavement list to make room on the roster, reports Austin Laymance of MLB.com.

Ramirez wasn't in the starting lineup for his first game back -- a 12-2 shellacking at the hands of the Rockies -- but did make his 2013 debut as a pinch-hitter in the seventh inning, striking out to end the inning. 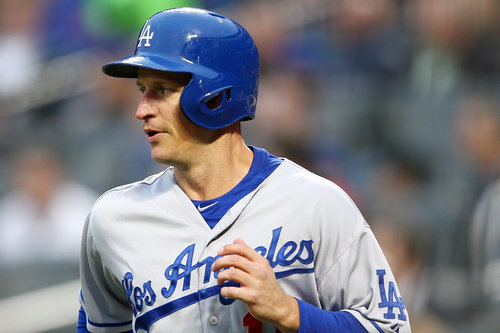 The Dodgers' second baseman has now missed three straight because of leg issues.

The 29-year-old has been sidelined since March 22 with a torn ligament in his right thumb. Originally slated to make his return in mid- to late May, Han-Ram has sped through his rehab and is back on the field several weeks ahead of schedule. The All-Star infielder got in just two rehab games at the Dodgers' High-A affiliate -- going 3-for-6 while spending 12 innings at short -- before the club called him up.

The Dodgers have had abysmal production on the left side of the infield thus far this year, so Ramirez's return really couldn't have come soon enough. He hasn't put up MVP-caliber numbers in a few seasons now, but even a past-his-prime Ramirez is heads and shoulders above what L.A. has been putting out there thus far.

Kershaw is dealing with a personal issue, but is expected to be back in time for his Friday start. There is typically a three-day limit for the bereavement list, so someone else is likely to be removed from the roster by Thursday.