It's one step forward, one step back for the struggling Halos.

Not only did the Los Angeles Angels lose a heart-breaking 19-inning marathon of a game last night to the A's, but they also lost their starting center fielder to a hamstring injury in the madness.

Peter Bourjos strained his right hamstring while attempting to leg out a bunt in 11th, making it down the line with ease but immediately pulling up lame upon hitting the first-base bag. The speedy center fielder was taken out of the game and will be placed on the 15-day DL sometime Tuesday. 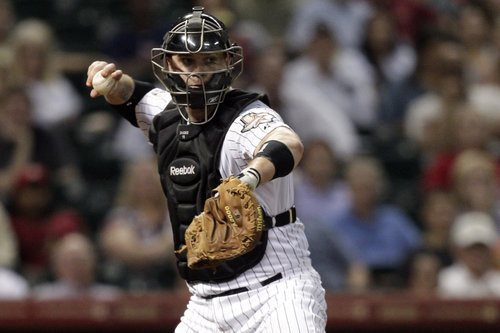 The Angels have acquired minors right-hander Rob Delaney from Baltimore in exchange for their fourth-string catcher.

Taking his place on the roster will be shortstop Erick Aybar, who has been out since April 10 with a bruised left heel. While Aybar's return to the lineup and the field will be a welcome addition to a struggling Angels' squad, his return alone is unlikely to curb the negative effects of Bourjos' injury.

With Bourjos on the roster, the Angels had the opportunity to sit the .202-hitting Josh Hamilton for a few games to figure things out. Now that Fleet Pete is on the sidelines, however, the Halos need both Hamilton and Mark Trumbo in the outfield to flank Mike Trout in center. Unless the club plans on playing journeyman J.B. Shuck over Hamilton, they're stuck hoping their $125 million man can right the ship while on the field.

Bourjos moved up to the leadoff spot a little over two weeks ago and was thriving in his new role at the plate. Helped by a new approach at the plate that emphasizes hitting the top of the ball, the 26-year-old was batting .327/.387/.455 in 66 plate appearances at the top of the order. It's unclear whether Aybar will take over in the leadoff spot or if the Halos will go back to having Trout set the table for the rest of the lineup.