Baltimore recently put a deal of at least five years on the table for the young backstop, but it isn't believed the two sides are close to coming to an agreement.

The Baltimore Orioles are looking to take a page out of the San Francisco Giants' playbook and lock up their own stud catcher to a multi-year deal. The club recently "reached out" to Matt Wieters with at least a five-year deal, but don't appear close to coming to terms at the moment, reports Jon Heyman of CBS Sports.

The terms of the deal offered are unknown, but if it was indeed a five-year contract then the pact would buy out his final two years of arbitration and first three years of free agency. Wieters is currently in his first arbitration year, settling on a $5.5 million contract with the O's for 2013 over the winter. 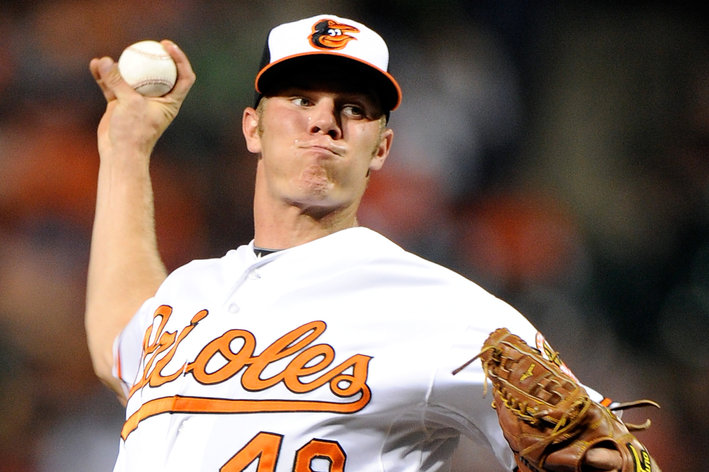 The O's top prospect has been shut down for a few days because of "mild" elbow tightness.

The switch-hitting backstop expressed interest in signing a long-term deal with the Orioles during the offseason, so if they cannot come to an agreement it probably won't be for lack of wanting.

While the Orioles may be trying to emulate the Giants in their discussions, there's no way they'll end up footing an eight--year, $167 million contract like San Francisco did with Posey. While Wieters has had success in his four big-league seasons with Baltimore, he hasn't quite lived up to the (unrealistic) hype and his numbers pale in comparison to Posey's.