The Yankees are aiming for a May 1 return for Derek Jeter.

Share All sharing options for: Derek Jeter injury: Yankees aiming for May 1 return

It was reported earlier today that the New York Yankees are hoping to get injured first baseman Mark Teixeira back by May 1. That could be a big day for the club, as they are also aiming for shortstop and team captain Derek Jeter to return on the first of next month, according to Jon Heyman of CBS Sports.

More Yankees: Another Game, Another Injury

At this point, Jeter is playing long toss and going through therapy at extended spring training. It's still uncertain when he'll be back, as manager Joe Girardi has provided no timetable for the veteran. 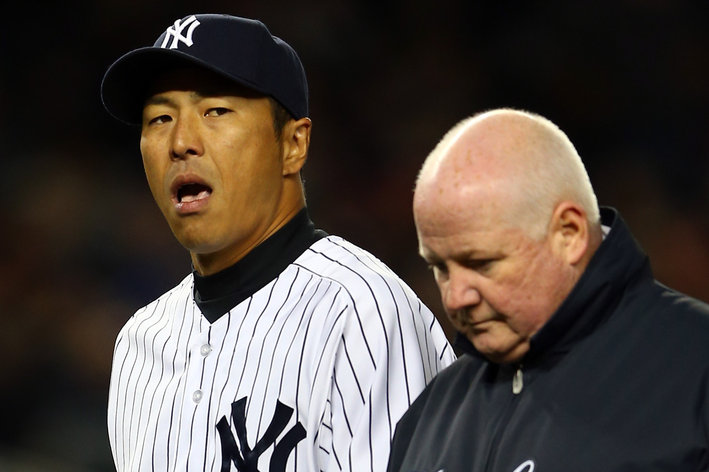 The veteran right-hander was pulled after being hit on the pitching hand with a liner Wednesday, but doesn't appear to have anything more than a bruised finger.

However, Heyman hears from sources that May 1 is the date that "has at least been mentioned by Yankees personnel as a possibility." This is of course barring a setback, and New York hasn't come out publicly with the date. Heyman notes that it's unclear if they will do so anytime soon, as there are several unknowns remaining considering Jeter is still not extremely far along in the recovery process.

Jeter entered spring recovering from the significant ankle injury he sustained during the playoffs last fall. He was hoping to return for Opening Day, but he suffered a setback on March 19.

Beyond Teixeira and Jeter, Heyman also notes that New York could target to have outfielder Curtis Granderson return on May 1.