The Astros have traded to acquire Travis Blackley from the Athletics.

The Astros have acquired left-handed pitcher Travis Blackley from the Athletics, reports Brian McTaggart of MLB.com.

The team surrendered outfield prospect Jake Goebbert in the deal, but he is not considered to be much of a prospect by many. 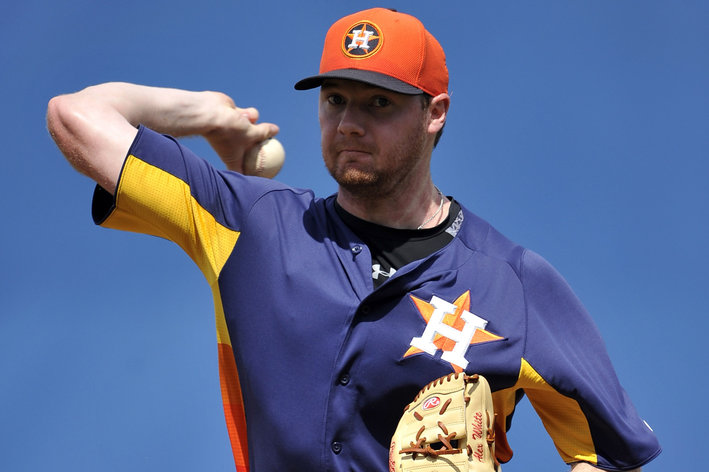 Blackley is expected to report to Houston tomorrow. He will likely replace the role that Alex White would have taken with the team this year. He should provide the Astros with a solid starting pitching option moving forwards.

Blackey, 30, started 15 games for the Athletics last season. He did not pitch for an Major League team from 2007 until last year, as he threw in the Minor Leagues, Mexican League, and even the Australian League in between his two stints.

He is certainly a nice story, and will have a chance to continue to try and re-establish himself as a starting pitcher at the highest level.