With Jose Iglesias day-to-day, Stephen Drew could start this weekend

Red Sox shortstop Jose Iglesias left yesterday's game after being hit in the arm with a pitch, sparking speculation that Stephen Drew could return early.

Share All sharing options for: With Jose Iglesias day-to-day, Stephen Drew could start this weekend

Last night, Red Sox shortstop Jose Iglesias left the game against the Toronto Blue Jays in the forth inning after getting hit by a pitch in the second inning. He is currently day-to-day, according to Rob Bradford of WEEI.com.

Over the Monster: Is Stephen Drew headed to Toronto?

Stephen Drew, who signed a one-year, $10M deal to play short for Boston this season, has been kept out of Major League action after suffering a concussion during spring train when he was hit in the helmet by a pitch. He is currently rehabbing in AA Portland with an eye on a return early next week. However, the injury to Iglesias could push his return to this weekend. A report from Portland’s WLBZ claims that Drew left the Seadog’s locker room with his equipment, prompting speculation that Drew could be bound for to join the big league club for their series against the Blue Jays this weekend. 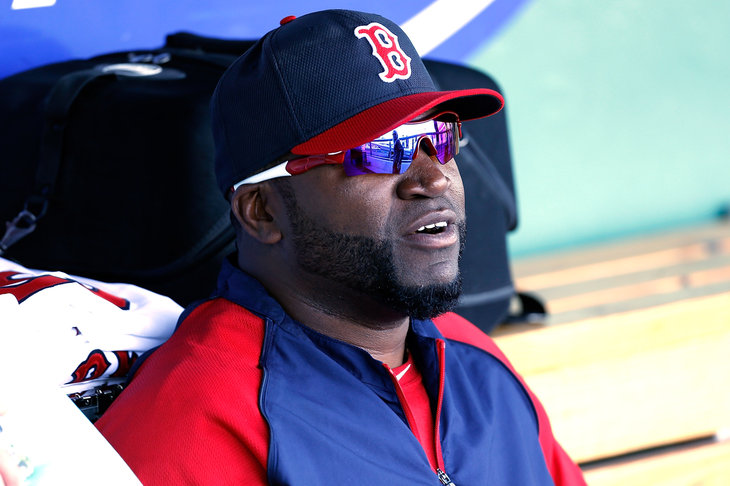 David Ortiz says his ankle is "feeling good;" he could return to game action soon

Concerns over the slick-fielding Iglesias’ bat were partly responsible for the Red Sox desire to add Drew this off-season. However, the 23-year-old has been hitting the ball well this season, with seven hits in thirteen plate appearances thus far. On defense, Iglesias has completely lived up to his reputation as an elite glove at short with a number of highlight reel plays already to his credit and 6.7 runs saved in just 25 games last year by Ultimate Zone Ratings (UZR) calculations.

With both players healthy, the Red Sox could face some difficult decisions in the near future, especially if Iglesias continues to hit better than expected.